The trend reversal on the money market has further stimulated the demand for loans to build or buy a house. 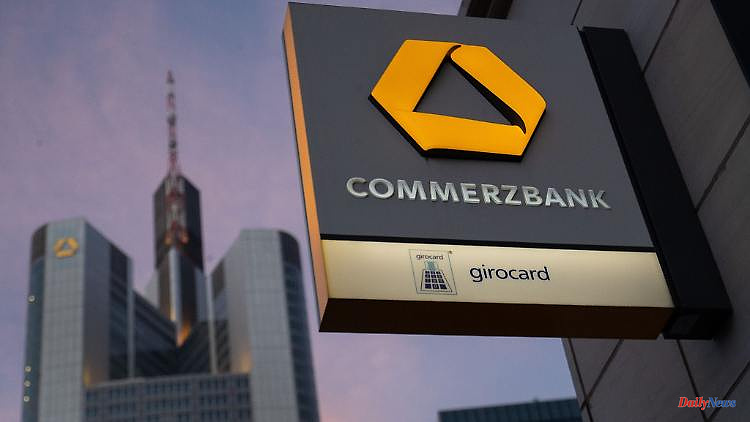 The trend reversal on the money market has further stimulated the demand for loans to build or buy a house. Commerzbank also felt the effects. After a radical restructuring, the institute is back on track. However, the Ukraine war is causing uncertainty.

Frankfurt/Main/Rostock (dpa/mv) - The turnaround in interest rates towards more expensive loans has significantly increased the demand for loans, especially in construction financing. "We are currently advising many customers who want to secure the current interest rates on suitable follow-up financing or home savings contracts," said Rostock Commerzbank branch manager Christoph Grunow on Wednesday. In the first half of the year, the bank in Mecklenburg-Western Pomerania increased its portfolio volume for real estate financing by 6.3 percent to EUR 981 million compared to the same period last year.

The consultations also made it clear that, with a view to the current development in energy prices, the issue of sustainability is becoming increasingly important. "We promote this with the "green construction financing", which offers an interest discount for energy efficiency," explained Grunow.

The situation on the energy market and material bottlenecks as a result of the corona pandemic and the Ukraine war are also affecting banking with corporate customers. Since a wide variety of raw materials and products are affected, this affects many business models. In many cases, companies in the north-east increased their storage capacities as a precaution. This also resulted in higher demand for credit, it said.

According to its own information, Commerzbank in Mecklenburg-Western Pomerania looks after around 106,000 private and business customers as well as around 600 corporate customers with annual sales of 15 million euros and more.

All in all, after an unexpectedly good first half of the year, Commerzbank is on track to its planned billion-dollar profit for 2022. "The strong earnings development shows that our Strategy 2024 is also effective in a phase of low economic growth," said CEO Manfred Knof on Wednesday. CFO Bettina Orlopp said that in order for profits to exceed the one billion euro mark as planned this year, the economy must not deteriorate any further. In this context, the supply of gas to the German economy remains a major factor of uncertainty.

Despite the economic turmoil caused by the Ukraine war, Commerzbank earned 768 million euros in the first six months. According to the information, charges in connection with the Russian war in Ukraine totaled 228 million euros. These would be largely covered by the provision made for them. According to the announcement, the bank reduced its Russia risks by 45 percent to 1.02 billion euros net by mid-July.

1 Thuringia: Fewer hours worked in Thuringia because... 2 Now the negligent love of Russia by the German chemical... 3 Child benefit regulation for non-EU foreigners was... 4 Bundeswehr mission: Mali revokes overflight rights... 5 Turkish President: Recep Tayyip Erdoğan's Six... 6 Dispute over the distribution of refugees - "Soon... 7 Hesse: There will be intense heat in Hesse until Thursday 8 Bundesliga: Difficult search at BVB for a Haller replacement 9 How energy and food are to be obtained from the field... 10 In Haiti, the uncertain future of children forced... 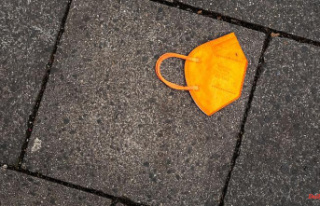