Mecklenburg-Western Pomerania: Meteorologists: On Wednesday it will be up to 38 degrees

Mecklenburg-Western Pomerania expects a heat wave on Tuesday and Wednesday. 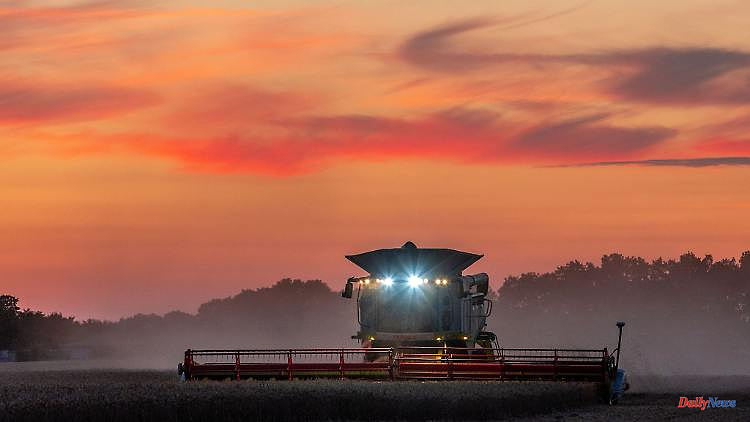 Mecklenburg-Western Pomerania expects a heat wave on Tuesday and Wednesday. In the west of the country in particular, people have to be prepared for hot temperatures.

Schwerin/Offenbach (dpa/mv) - According to the German Weather Service (DWD), the midsummer temperatures should reach their preliminary peak in the north-east on Wednesday. "The maximum values ​​​​are then inland at 35 to 38 degrees. 28 to 34 degrees are expected between Rügen and Usedom and in the adjacent mainland of Western Pomerania," said the DWD of the German Press Agency. The sun shines constantly.

Already on Tuesday it should be between 25 and 28 degrees on the coast and up to 34 degrees in the southwest. The reason for the heat, which already has large parts of Germany firmly in its grip, is a high pressure area that allows hot air masses to flow into the country from the south-west. Despite the high temperatures, the weather service does not expect any heat thunderstorms during the day, the air is too dry for that.

This could change on Thursday night as a result of a change in air masses. "This change is accompanied by heavy cloud cover, sometimes heavy showers and thunderstorms as well as gusts of wind. The wind is turning quickly from east to west," the DWD said. On Thursday and Friday it should be much more pleasant with 23 to 27 degrees and 20 to 25 degrees.

As the meteorologists explained, the Baltic Sea will have a moderating influence on temperatures in the coming days. However, this is limited to the coastal area and the adjacent inland. Because of the temperature differences between water and land, a wind current develops towards the coast, the so-called sea wind.

Despite this effect on the coast, both the city of Rostock and the university hospital there warned of the high temperatures on Monday. "Sunburn, headaches and sunstroke from too much direct sunlight are the greatest dangers," said Jan-Arne Lauffs, head of the central emergency room at the University Emergency Center (UNZ) in Rostock. The university clinic therefore called on people to avoid direct sunlight. Young children, the elderly and patients with previous illnesses such as high blood pressure or cardiac arrhythmia are particularly at risk.

1 "Swiss model" instead of NATO: Schily: Ukraine... 2 Hatred and time pressure: Shinzo Abe's assassin... 3 Battle for Johnson successor: Tories vote out Tugendhat 4 Shock for BVB record purchase: tumor discovered in... 5 Thuringia: More financial aid for families due to... 6 Hesse: fire on household waste dump in southern Hesse:... 7 Hesse: A little more data theft at ATMs in Hesse 8 Hesse: Around 900 kilometers of state roads have been... 9 Hesse: cyclists seriously injured after a fall 10 Hesse: Care facilities have prepared for the heat 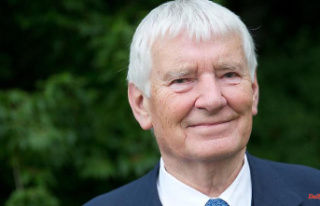