Mecklenburg-Western Pomerania: MV government: putting Nord Stream 2 into operation is not an option

Schwerin (dpa / mv) - For the state government in Schwerin, the commissioning of the Baltic Sea gas pipeline Nord Stream 2, brought up again by Russian President Vladimir Putin, is not an option. 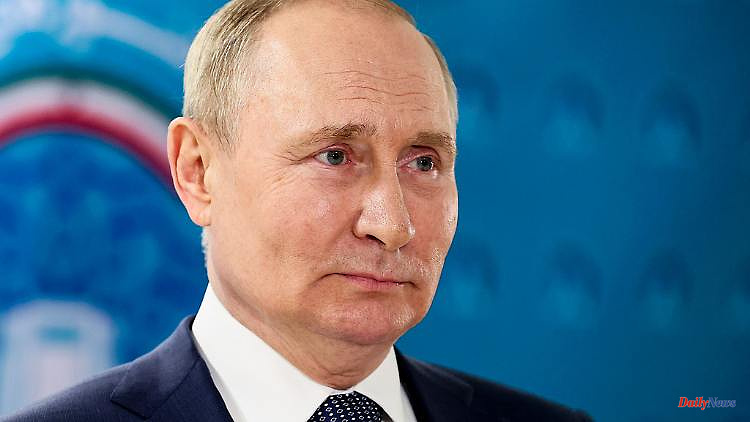 Schwerin (dpa / mv) - For the state government in Schwerin, the commissioning of the Baltic Sea gas pipeline Nord Stream 2, brought up again by Russian President Vladimir Putin, is not an option. "This question does not arise. The federal government stopped the certification and thus the commissioning of Nord Stream 2 at the end of February. The state government in Mecklenburg-Western Pomerania supported this decision," said government spokesman Andreas Timm on Wednesday of the German Press Agency in Schwerin.

After the start of the Russian war of aggression in Ukraine, the government led by Prime Minister Manuela Schwesig (SPD) made a 180-degree turn in its Russia policy. Regional contacts with the Leningrad region, which had previously been courted, were severed and the series of Russia Days, often with high-ranking political participants, came to an end. In addition, Schwesig is pushing for the dissolution of the country's controversial climate protection foundation, which is largely financed by Nord Stream 2.

The foundation was set up with Schwesig's participation in early 2021 in order to be able to complete the gas pipeline while circumventing the threat of US sanctions. A special committee of the state parliament is trying to clarify the background to the establishment of the foundation and Schwesig's role in it. Despite international criticism and warnings, the SPD politician had also campaigned in Germany for the completion of Nord Stream 2, but distanced herself from the project after the start of the war in Ukraine and sharply criticized Putin's actions.

As government spokesman Timm said, in view of Russia's continued aggression against Ukraine, the state government has campaigned "for oil deliveries to be able to reach Germany via the port of Rostock and gas via mobile LNG terminals off Lubmin". The country wants to make a contribution to a secure energy supply.

Kremlin chief Putin had warned Europe against a further reduction in Russian gas supplies. If Russia does not get back a turbine for the Nord Stream 1 Baltic Sea pipeline that was repaired in Canada, the daily throughput capacity of the pipeline threatens to fall again significantly at the end of July, Putin said on Wednesday night, according to the Russian state news agency Tass. "We still have a finished route - that's Nord Stream 2. We can put it into operation," Putin added. The federal government had always pointed out that Nord Stream 2 could not be commissioned because the pipeline had not been approved.

1 Thuringia: Red card shows high risk of forest fires... 2 North Rhine-Westphalia: After a caravan fire: A45... 3 Saxony: Around 700 Catholics in the children's... 4 Bavaria: Munich Airport: 40,000 flights during the... 5 Baden-Württemberg: Kretschmann attacks the AfD: "Putin's... 6 Thuringia: Thuringian corona rules extended until... 7 Baden-Württemberg: The cause of a helicopter crash... 8 Baden-Württemberg: scooter driver falls on girls:... 9 Thuringia: Ukraine refugees: CDU calls on the country... 10 Thuringia: Hundreds of children on a pilgrimage to... 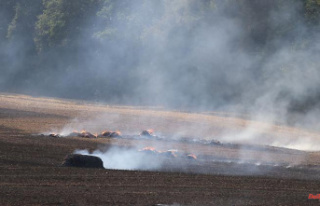