Mecklenburg-Western Pomerania: Nouripour and Müller in Lichtenhagen: "Remembering is important"

Omid Nouripour and Claudia Müller from the Greens visited Rostock-Lichtenhagen 30 years after the racist riots there. 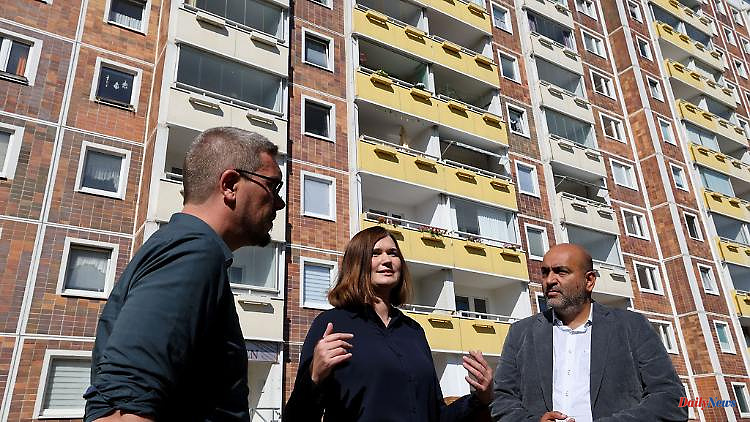 Omid Nouripour and Claudia Müller from the Greens visited Rostock-Lichtenhagen 30 years after the racist riots there. The events also have a personal meaning for both of them.

Rostock (dpa / mv) - The federal chairman of the Greens, Omid Nouripour, and his party friend Claudia Müller visited Rostock-Lichtenhagen - 30 years after the racist riots there. The step from banal everyday life to hate and hate speech is sometimes very small, Nouripour said on Tuesday. "That's why the memory is so important."

Instead of just looking at the events from the end, for example with a view to the extent, you have to keep reminding yourself of this. "It starts out so much smaller and so much more mundane."

As a teenager in the early 1990s, he was very concerned about the racist attacks in Germany. Nouripour came to Germany with his family from Iran when he was 13. "I still remember how stunned I sat in front of the television." Lichtenhagen stood out for him because the action was accompanied by cheering spectators.

Müller, member of the Bundestag from MV and candidate for the Rostock mayor election in November, said that after the racist riots in Germany in the early 1990s, youth and social work had been neglected. "Especially in the East German countries". Youth clubs have been closed and some structures have been taken over by right-wing extremists.

Much has not been addressed in the education sector. "The processing of history after 45 has taken place very little, at least here in the schools," said the native of Rostock. "It thus provided nourishment for a narrative that said everything was better in the past." For example, the racism that also existed in the GDR was not sufficiently dealt with.

In Rostock, the memory of the riots in Lichtenhagen is very deep. "The memory keeps coming back. Every time you pass by here." 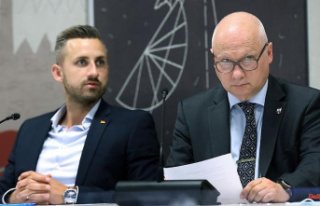