Every year on the second Sunday in September, associations, public institutions or private owners allow a glimpse into monuments nationwide.

Every year on the second Sunday in September, associations, public institutions or private owners allow a glimpse into monuments nationwide. Interested parties will also find what they are looking for in many places in MV.

Stralsund (dpa/mv) - On the nationwide Open Monument Day (September 11), those interested can explore numerous historical buildings in Mecklenburg-Western Pomerania, some of which are otherwise inaccessible, and take part in guided tours. According to the German Foundation for Monument Protection (DSD), over 170 monuments have been registered in the northeast.

On the small island of Dänholm between Rügen and Stralsund, for example, the gunboat shed is open to visitors the day before and guided tours are offered. The small island is closely linked to the formation of the Prussian Navy. In 1849 the decision was made to set up a naval depot on Dänholm. Later steam gunboats were stationed here.

The central opening event will take place on Sunday in Pasewalk. This year's motto is "Culture trail. A case for monument protection," announced the Schwerin Ministry of Culture. Minister Bettina Martin (SPD) will hand over the Friedrich Lisch Monument Prize in Pasewalk, which is endowed with 4000 euros and honors exemplary achievements in the preservation of monuments.

In keeping with the theme, the award-winning exhibition "Love or Burden?! Monument Site" will be held in the Rügen Natural Heritage Center in Binz until the end of November. With the "Red Dot Design Award" it has received one of the world's most renowned design prizes. According to the DSD, it provides detailed information on all aspects of monument protection and includes examples from the respective environment. On Rügen, these include the "Rasender Roland" narrow-gauge railway, the Granitz hunting lodge and the Undine house.

In Barth (West Pomerania-Rügen) those interested can visit a baroque residential and commercial building that was built around 1700 as a warehouse and is soon to be extensively restored. According to the DSD, it is one of the cultural highlights in the region.

Rostock, the largest city in the country, invites you to a benefit concert for the benefit of the Church of St. Mary on Saturday evening in the 13th-century St. Catherine's Monastery. On Sunday, numerous monuments in and around the Hanseatic city, like in many other cities in the state, open to visitors. 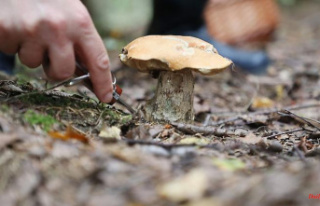