A fire seriously injured a couple in a small village near Sternberg and badly damaged their house. 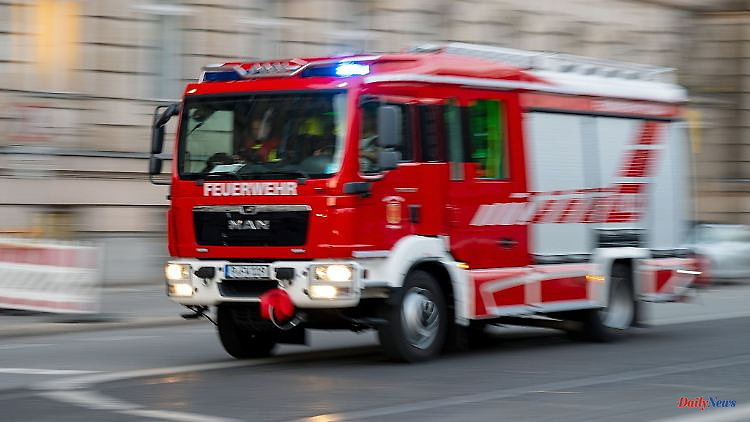 A fire seriously injured a couple in a small village near Sternberg and badly damaged their house. Two dogs also died. The cause of the fire is now being sought.

Bolz (dpa/mv) - Two people were seriously injured in a fire in a family house in Bolz near Mustin (Ludwigslust-Parchim). As a police spokeswoman said on Sunday, it is the 71-year-old homeowner and his 61-year-old wife. The house was badly damaged in the fire on Saturday evening, making it uninhabitable for the time being. The police are currently investigating on suspicion of negligent arson.

According to current knowledge, the fire first broke out in the porch, a room in front of the front door, and affected several rooms in the basement. Two of the four dogs in the home were killed by the fire. The homeowners were initially able to escape on their own. After that, the 71-year-old tried to save the animals, which failed. Both residents were taken to a clinic.

The fire brigade helped, extinguished the fire and found the dead animals. The damage was estimated at 150,000 euros. Experts are to examine the scene of the fire more closely in the next few days in order to clarify the cause of the fire.

1 North Rhine-Westphalia: The fire brigade accidentally... 2 At the wedding with Meghan Markle: Prince Harry: William... 3 Knowing what's inside: This is how you can clean... 4 States stand behind Lula: Brazil's President:... 5 "All forces on the street": Brasilia security... 6 Brazil's ruling party: Invasion is "announced... 7 "Tatort" from Dresden: Shared joy - double... 8 Hesse: 16-year-old motorcyclist falls in a curve and... 9 Two red cards after tussle: Barcelona beat Atletico... 10 Criticism of pricing: did the federal government pay... 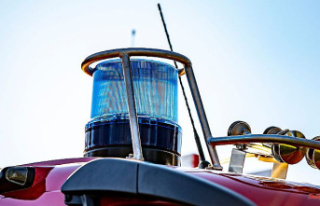