Stralsund (dpa/mv) - For Prime Minister Manuela Schwesig (SPD), it is the joint task of politics and business to continue the good economic development before the corona pandemic despite the Ukraine war. 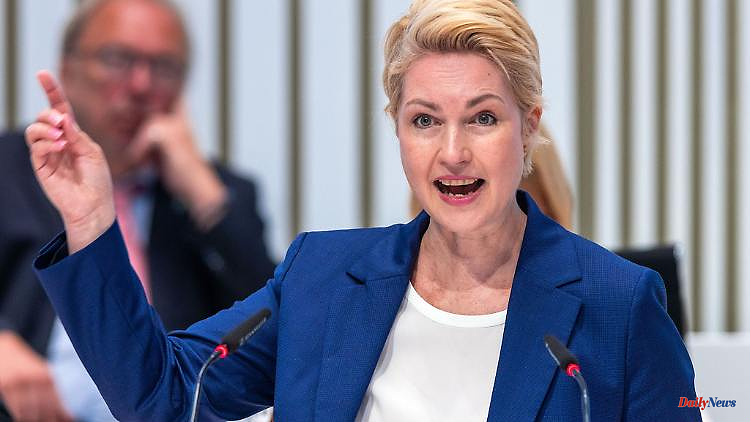 Stralsund (dpa/mv) - For Prime Minister Manuela Schwesig (SPD), it is the joint task of politics and business to continue the good economic development before the corona pandemic despite the Ukraine war. "This is the most important prerequisite for securing jobs in the state and creating new ones," said Schwesig on Tuesday at the annual reception of the Chamber of Industry and Commerce (IHK) in Rostock in Stralsund. Fortunately, the north-east job market has been stable so far. "We have new record foreign trade figures, with gross domestic product rising by 1.7 percent last year. These are encouraging signs of a recovery after the corona pandemic."

IHK President Klaus-Jürgen Strupp referred to the concerns of many companies about energy and raw material prices and the shortage of skilled workers. The companies need perspectives for a secure energy supply situation, more speed with hydrogen, the expansion of renewable energies and international energy partnerships.

The federal government may have achieved a milestone with the so-called LNG Acceleration Act - the law for faster construction of plants for the import of liquefied natural gas (LNG). "We are finally reaching the desired pace for infrastructure projects and overcoming bureaucratic hurdles that have always been a brake," said Strupp. The whole process will be simplified. "The environmental compatibility tests run in parallel or are carried out later." In the coastal towns, it can be seen in the real laboratory how an accelerated process makes the huge LNG terminal project quickly realizable.

"Especially for locations like Rostock, which are currently being shaken by Nordex, Caterpillar or the insolvency of the MV shipyards, speed is particularly crucial. A conversion to an energy location that you can watch growing secures jobs and opens up the opportunity for new ones." , said Strupp.

1 Baden-Württemberg: fan problems: car tunnel is delayed... 2 Bavaria: Bromme appeals after a suspended sentence 3 Billions against sanctions stop?: Oligarchs want to... 4 Mecklenburg-Western Pomerania: The number of corona... 5 Position at the state-owned company: Gazprom confirms... 6 Talk therapy for a problem child: Sané hopes for... 7 Regulation for heirs: acceptance of the estate without... 8 Baden-Württemberg: Grandchild trick in Karlsruhe:... 9 Billions for Ukraine?: Oligarchs want to buy their... 10 Hesse: protest with baby on high platform in the forest:... 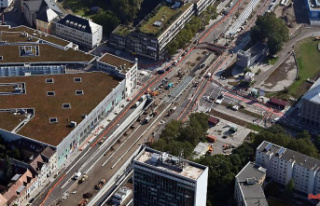