Mecklenburg-Western Pomerania: Searches in the rocker milieu also in the north-east

In Mecklenburg-Western Pomerania, too, suspected members of the "United Tribunes" received an unexpected visit from the police. 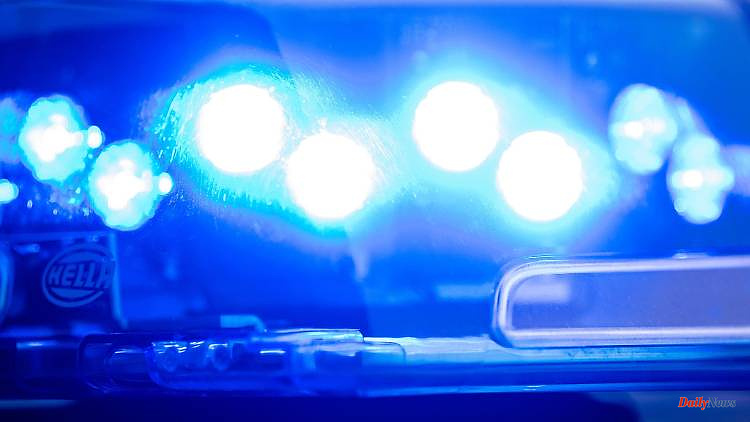 In Mecklenburg-Western Pomerania, too, suspected members of the "United Tribunes" received an unexpected visit from the police. The Federal Minister of the Interior had previously banned the rocker-like group.

Berlin/Schwerin (dpa/mv) - In connection with the nationwide ban on the rocker-like group "United Tribuns", the authorities also searched apartments in Mecklenburg-Western Pomerania. Investigators from the State Criminal Police Office and officers from the SEK and the riot police were on duty in the apartments of four club members in the morning, the LKA said on Wednesday in Rampe. These were therefore in the districts of Ludwigslust-Parchim and Northwest Mecklenburg and in the state capital of Schwerin.

According to the information, the police found, among other things, violations of the Weapons Act, the Narcotics Act and the Drugs Act. Evidence was secured and appropriate investigations were initiated. According to the LKA, the members in the north-east belonged to local groups from other federal states, but there was no independent organization for this rocker group in this country.

Federal Interior Minister Nancy Faeser (SPD) had previously banned the group, which has around 100 members in Germany. The association and its 13 "chapters" will be dissolved and the association's assets confiscated, according to the ministry. According to Faeser, serious crimes such as sex offenses, human trafficking and attempted homicide have occurred in the past. She emphasized: "As a constitutional state, we have to show very clearly that we do not tolerate groups that commit such serious crimes." According to the information, a total of private apartments and club rooms in nine federal states were searched.

According to the police, there were 40 objects in North Rhine-Westphalia alone. Special units were involved in an operation in Cologne. 35 properties were searched in Schleswig-Holstein, with a focus on the Hanseatic city of Lübeck. Two police officers were slightly injured when a dog attacked them in the Segeberg district, said a spokesman for the Interior Ministry in Kiel. The animal was shot with a shotgun.

So far, 108 objects such as clubhouses or apartments have been searched, said a spokesman for the Federal Ministry of the Interior. 1,450 police officers are on duty, as well as forces from the Federal Criminal Police Office and the Federal Police, including special units. Large amounts of cash, drugs, "a large number" of weapons and dangerous objects such as firearms, machetes, baseball bats and brass knuckles were found. According to the ministry, a 3D printer was also confiscated, which allegedly had been used to produce brass knuckles.

According to the Federal Ministry of the Interior, the group was founded in 2004 by a former Bosnian boxer in Villingen-Schwenningen in Baden-Württemberg. Its members are Germans and foreigners, most of whom come from the states of the former Yugoslavia. According to the security authorities, the founder is no longer in Germany. The man, who came to Germany as a refugee during the war in Bosnia, initially worked as a bouncer and later founded two brothels with others.

The group engaged in violent clashes with competing rocker groups such as the "Hells Angels". After an attack in 2016 that ended fatally for a member of the United Tribunes, four former members of the Leipzig offshoot of the Hells Angels were sentenced to life imprisonment.

The fact that crimes are not only tolerated by the "United Tribunes", but also "encouraged and rewarded", is also shown by various patches. These were awarded to members who had committed crimes within the meaning of the association. Externally, the club presents itself as a "brotherhood" with a penchant for "martial arts and fitness milieu".

"This is a sensitive blow to a serious criminal organization," said Bavaria's Interior Minister Joachim Herrmann (CSU). After the ban, symbols of the "United Tribunes" may no longer be shown in public, for example on robes. "By doing so, we are banning important identifying features of the rockers and their martial symbols with which they want to intimidate people," said Herrmann.

"The last national situation report on organized crime made it clear that rocker groups and rocker-like groups are increasing and also changing their activities," said Marcel Emmerich, chairman of the Greens in the Bundestag's interior committee. The fight against organized crime must therefore be given more priority. "The analysis skills and structural investigations of the security authorities must be effectively strengthened and the fight against money laundering must be promoted quickly."

According to the Federal Ministry, the ban on associations takes place in coordination with the interior ministries of Bavaria, Baden-Württemberg, Hamburg, Hesse, Mecklenburg-Western Pomerania, Lower Saxony, North Rhine-Westphalia, Schleswig-Holstein and Thuringia.

1 Right-wing camp wins election: Sweden's Prime... 2 Mourning in the Kremlin: the head of "Putin's... 3 UEFA investigates after riots: Injured Eintracht fan... 4 Farewell to the Queen in London: That's why only... 5 Particularly high life expectancy: why are the British... 6 The day of the war at a glance: Ukraine celebrates... 7 State of the oceans "critical": Germany... 8 Tempting US tax benefits?: Tesla's battery cell... 9 Penalty at Hertha, BVB, Werder: DFB admits wrong decisions... 10 Bavaria: Heavy rain in the Upper Palatinate causes... 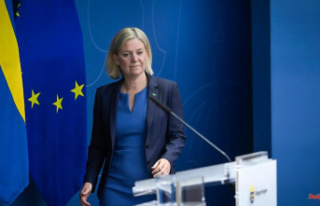