Wismar/Neubrandenburg/Schwerin (dpa/mv) - In Mecklenburg-Western Pomerania, several thousand people protested against energy policy in Germany and the consequences for companies and consumers on Monday evening - but less than usual. 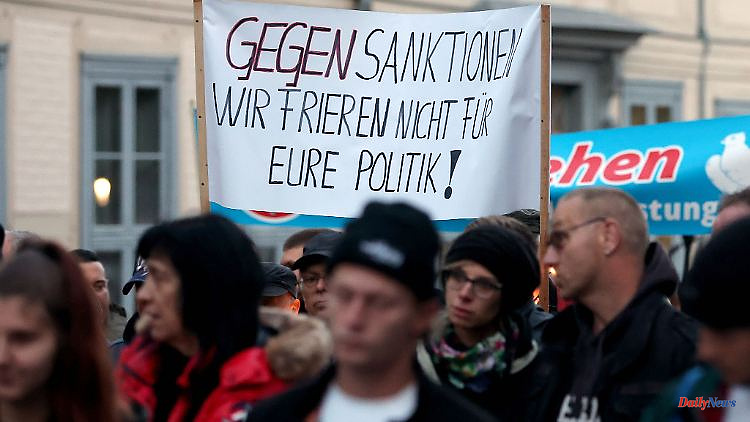 Wismar/Neubrandenburg/Schwerin (dpa/mv) - In Mecklenburg-Western Pomerania, several thousand people protested against energy policy in Germany and the consequences for companies and consumers on Monday evening - but less than usual. As police spokesman said, came on the day of the Germans Unit gathered more than 7000 demonstrators in about 15 cities, including Schwerin, Wismar, Ludwigslust, Neubrandenburg, Güstrow and Waren. Most of the protest participants were reported in the early evening with 2500 in the state capital Schwerin. That was about 2000 fewer than a week ago.

In Neubrandenburg, where several hundred participants were counted, a speaker called for "an energy policy that remains affordable" and "peace policy instead of arms deliveries to the Ukraine." Unlike in the previous weeks, significantly more German flags could be seen at several demonstrations on the holiday, as well as flags with the Russian words "Druzhba" and "Friendship".

According to the police, 1,300 people were on the streets in Wismar. Several hundred participants also demonstrated in Waren an der Müritz. Calls for participation in demonstrations on October 13 were issued in several places. Then entrepreneurs from MV registered energy protests and motorcades in the eight largest cities.

1 Demos in East Germany: Thousands protest against current... 2 Before talks about reparations: Baerbock in Poland:... 3 Candidates in a gambling frenzy: "I'll get... 4 "The Lion's Den": In the Hell of Oblivion 5 Trial against "Oath Keepers": Lawyer portrays... 6 Bavaria: Judgment expected in Deggendorf retrial 7 No exit from nuclear talks: USA announce new sanctions... 8 Hesse: Eintracht wants to survive against Tottenham... 9 Baden-Württemberg: Kretschmann from afar at the Scholz... 10 Bavaria: Bavaria blocks roads again because of Tyrolean... 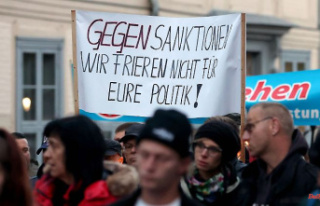