A huge straw warehouse has been burning down in West Mecklenburg since Thursday. 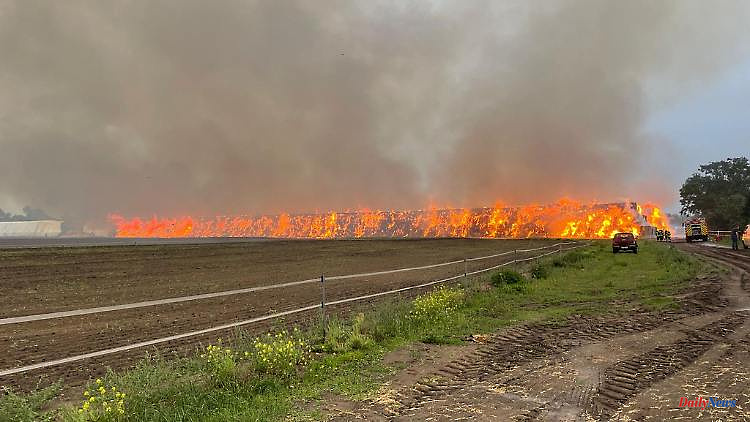 A huge straw warehouse has been burning down in West Mecklenburg since Thursday. The fire department controls the situation. The thousands of bales belong to the stud of horse dealer Paul Schockemöhle.

Neustadt-Glewe (dpa/mv) - Monitored by the fire brigade, the huge straw store near Neustadt-Glewe (Ludwigslust-Parchim) continues to burn down. It was unclear on Friday how long it would take for the fire to go out and the fire watch to end. The fire had spread quickly across the straw heaps several hundred meters in length on Thursday, the police said. A police spokesman said several witnesses reported that lightning had previously struck the camp directly. Nobody got hurt.

The straw bales belong to the stud farm of horse dealer and entrepreneur Paul Schockemöhle, a former European show jumping champion. An employee confirmed this on Friday. Up to 20,000 bales should therefore be affected.

The dense smoke from the fire had caused traffic restrictions for hours on Thursday. At the time of the fire, thunderstorms had passed over West Mecklenburg. Rain then provided first aid for controlled burning. According to the police, the damage is estimated at around 600,000 euros. 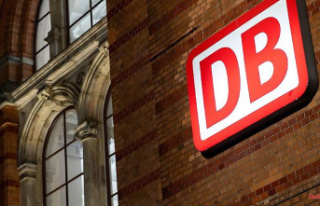