The first season without corona restrictions is coming to an end for the open air theaters in Mecklenburg-Western Pomerania. 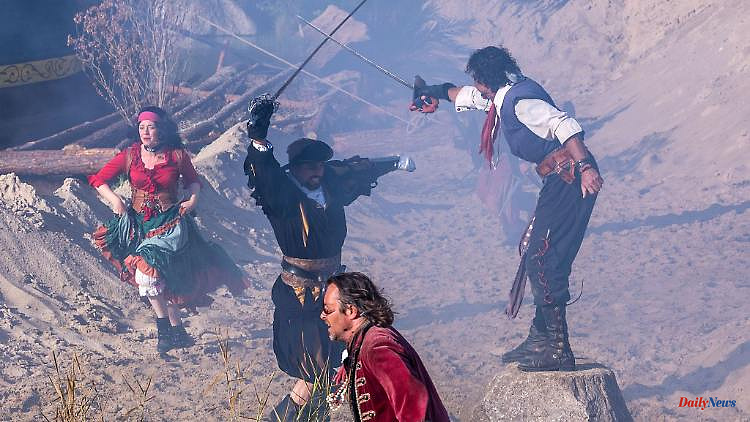 The first season without corona restrictions is coming to an end for the open air theaters in Mecklenburg-Western Pomerania. The accounts are different.

Schwerin (dpa/mv) - At the end of the first open-air theater season in Mecklenburg-Western Pomerania without official corona restrictions, the results are mixed. While the organizers of the Störtebeker Festival on Rügen, the Müritz Saga and the Vineta Festival in Zinnowitz on Usedom drew a positive conclusion, the Piraten Open Air in Grevesmühlen (Northwest Mecklenburg) recorded a 17 percent drop in visitors. The pirates there are playing their last performance of the 2022 season this Saturday, as is the Störtebeker Festival in Ralswiek.

The director of the Piraten Open Air, Peter Venzmer, said that the visitors were still unsure about Corona and now also had fears about the future because of the price increases. "The culture falls behind." Added to this in Grevesmühlen is the ongoing dispute between the Piraten Open Air with local residents and the district because of the noise level during the performances. Venzmer said he would consider whether there would even be a 2023 season. This must be decided in the next two weeks. According to him, the Piraten Open Air had a good 65,000 spectators last year, making it the second largest open-air theater in Mecklenburg-Western Pomerania - after the Störtebeker Festival.

"We are just so incredibly grateful that we were able to play again," said Anna-Theresa Hick, head of the Störtebeker Festival. In 2022, Ralswiek played again for the first time since 2019. She declined to give specific numbers. After the record year 2009 with more than 394,000 spectators, the results of the following years were always classified negatively, no matter how proud one was. In addition, the comparison of numbers conveys a competitive situation that does not exist in this way. "We're proud of the result," said Hick at the end of the season.

Nevertheless, Hick also said: "Of course, development is difficult." Many coach companies, for example, went bankrupt. The impact of rising costs is currently difficult to assess. With a view to the corona virus, 2022 got off lightly. There were initially a handful of infections in the team. Infected but symptom-free actors had still played in consultation with the health department and with additional precautions.

In Waren and on Usedom, however, the open-air theater makers were satisfied. "The guests are back," said the managing dramaturge of the Vorpommersche Landesbühne Anklam, Anna Engel. "You could tell that the audience was longing for good, high-quality entertainment and was and is very open to what's on offer." According to the Müritz saga, it had more than 18,000 visitors - exceeding its own expectations.

How the Müritz saga will continue in 2023 should be decided by mid-September. Nils Düwell, director of the Müritz saga, said: "We have prepared the next piece." But first you have to analyze the price and energy situation carefully and talk to sponsors, who also have a new situation because of the energy and cost development. 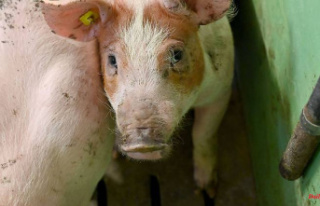