Just a few days ago, the court ruled in favor of Johnny Depp in the defamation lawsuit against his ex-wife Amber Heard. 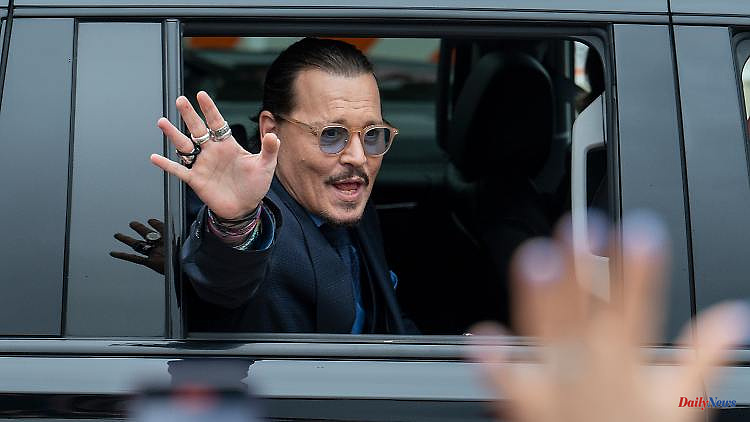 Just a few days ago, the court ruled in favor of Johnny Depp in the defamation lawsuit against his ex-wife Amber Heard. Since then, the actor seems to be doing well: first he celebrates the verdict with a huge bill, now he starts on social networks.

Johnny Depp is now on TikTok. A few days after the verdict in the trial of his ex-wife Amber Heard, the actor registered on the video platform. Within a very short time, Depp is already following three million people (as of June 7, 1 p.m.). The star, in turn, does not follow a single other profile. Depp hasn't uploaded a post to TikTok yet either.

In terms of his status, Johnny Depp sarcastically describes himself as an "occasional thespian". Because the future in the film business is still open despite his partial success in court. Amber Heard has to pay Depp $10 million in damages. In individual points, the jury also agreed with Heard, Depp has to pay her back two million. Both ex-partners had sued each other for defamation and accused each other of domestic violence.

Immediately after the court statement, Depp is said to have left £50,000 (about 59,000 euros) in an Indian restaurant. The actor is currently pursuing his sideline as a musician and is touring the UK with musician friend Jeff Beck. As the "Daily Mail" reports, the actor is said to have visited a chic Indian restaurant in Birmingham with the entire tour entourage, which consists of around 20 people - and celebrated the verdict there.

The entire restaurant was spontaneously closed for the celebration, as the manager of the "Varanasi" restaurant told the newspaper. "We got a call out of the blue on Sunday afternoon that Johnny Depp wanted to come to dinner with a group of people," said Mohammed Hussain. The restaurant then published a few photos from the evening - apparently Johnny Depp wasn't camera shy.

Although Depp appears to be the public winner of the legal mud fight, there was a lot of dirty laundry done in the courtroom that could harm Depp's career. The British newspaper "The Sun" can continue to describe him as a "woman beater". There is also another process in store for the "Pirates of the Caribbean" star: an employee of the film "City of Lies" has sued him for bodily harm. And Amber Heard's attorney announced that her client plans to appeal.

Even if a comeback in "Pirates of the Caribbean" is not ruled out - the occasional actor Depp is currently investing a lot of time in his part-time job as a musician. A joint album with Beck is expected to be released later this year.

1 Bayern: 1. FC Nuremberg loan attacker Besong to Erzgebirge... 2 "Victory on the battlefield": Selenskyj... 3 Drome. Mobilization for Valencia emergencies: "We... 4 Exit from the "Bratwurst booth": Authors... 5 The Council of State requests that the Nupes be considered... 6 Echirolles. Resistance: The City against the transfer... 7 The big crawl: Green roofs surprise with biodiversity 8 From 2024, the European Union will impose a single... 9 Bavaria: dead after fire found in apartment building 10 Soccer / Nations League. The women's jersey will... 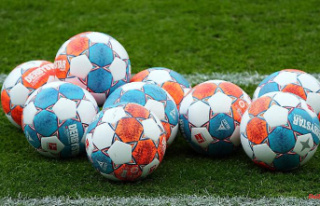