Melnyk near Plasberg: "The Germans should have more confidence in their politics"

Electricity and gas prices are skyrocketing as winter approaches. 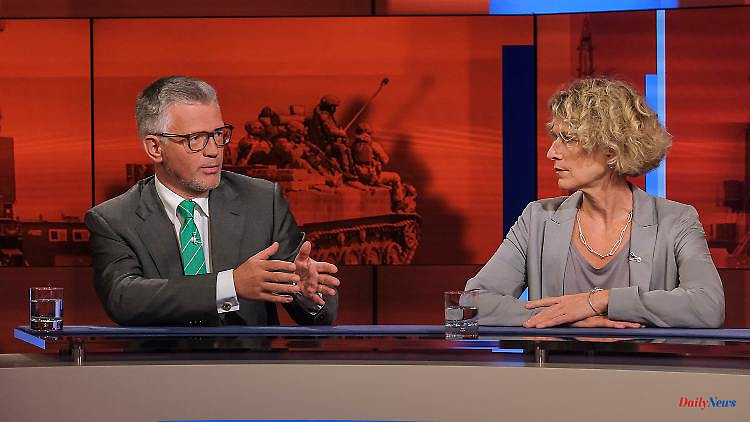 Electricity and gas prices are skyrocketing as winter approaches. How does Germany get through the cold season without letting up in solidarity with Ukraine? Among others, the Ukrainian ambassador Melnyk and FDP politician Graf Lambsdorff discuss this on "Hart aber fair".

For many people in Germany, electricity and heating could soon become a luxury again. After the gas supply stop from Russia, prices have skyrocketed. Gas has become 35 percent more expensive since last Friday. The situation on the electricity market is even more dramatic. As a result, many people are becoming increasingly dissatisfied with the sanctions. The demand for an opening of the Nord Stream 2 Baltic Sea pipeline is getting louder.

However, the guests on the ARD program "Hart aber fair" agree that this is not an option - otherwise they argue about the situation in Ukraine. Russia expert Sabine Fischer explains: "Then nothing would change." Russia is not ready to deliver gas, that is the war goal at the moment. With an opening of Nord Stream 2, Germany would also make itself "impossible" with its allies. "This is a sham debate," she says.

"Nord Stream 2 is useless," agrees Ralf Stegner. However, the federal government knows that it has to do something. "We have to make sure that we get the gas from somewhere else and use other forms of energy. The federal government is doing that." Sabine Fischer says the EU has imposed unprecedented sanctions on Russia. And: "These sanctions are working." You can't see this yet because the country is still using up stocks of spare parts in production, for example. "But that's getting less now," says Fischer. "The sanctions will affect production, consumption and the general situation in Russia."

Germany will now experience a hard winter, says the scientist. Russia is playing with it. Russian President Putin is concerned with undermining the unity of the EU through the gas crisis and blackmail with missing gas deliveries, putting pressure on European societies and dividing them. "Russia still has this winter. After that, the gas weapon will become more and more blunt. That is very clear to those in Moscow," says Fischer.

FDP foreign politician Alexander Graf Lambsdorff sees it the same way. According to the FDP politician, it was known that Putin would eventually use the gas as a weapon. Now the time has come. The federal government has done a lot to cushion the high prices, says SPD politician Ralf Stegner with a view to the third relief package. Now you have to ensure that the follow-up costs do not become too high, especially for people with low incomes. Will Germany get through the winter well? "I think Germany can do it. It won't be easy. But if Germany can't do it, who will?" said the politician.

And then it's the turn of the Ukrainian Ambassador Andriy Melnyk. With his statements, he caused a shit storm on social networks during the show. He's less worried about the prosperity of Germans, who are now getting Putin's "cold shower." "If the Germans make the decision tomorrow that the Ukrainians should do it alone, then we will do the same," he says.

The federal government has just put together an aid package worth 60 billion euros, but only made 600 million available for Ukraine. Germany should not only worry about the gas bills, it should also ask itself what will be in the history books in the future. However, Melnyk is also convinced that Germany will master the challenge. "The Germans should have more confidence in their politics," said the Ukrainian ambassador.

Count Lambsdorff is not enthusiastic about Melnyk's request to speak. He refers to the arms deliveries to the country, which will soon exceed the value of one billion euros, and to further financial aid of eight billion euros. "Ukraine's freedom means a lot to us," he says. He can understand the people in Germany who are afraid of getting their four walls warm. "But many people in Ukraine are now asking themselves: What kind of walls? Their houses were bombed away."

Melnyk needs time to put his statements into perspective a little. He can especially understand the weaker people in Germany when they are afraid of not being able to pay their bills. However, the federal government was responsible for Russia policy in recent years. "That's why German politicians have to find solutions for this." In Kyiv, the current situation is viewed differently. Electricity and gas prices have also risen in Ukraine. "What matters to us is that Ukraine survives as a state."

The German guests of the show also want that. However, they disagree about the means: militarily (Lambsdorff and Fischer) or through negotiations (Stegner). That's not a contradiction, says Melnyk. Russian President Vladimir Putin does not want to talk to the Ukrainian President. "We need a mediator, not now, but later." Germany and France could play this mediating role.

But peace talks can only take place when Ukraine is in a position to negotiate from the position of the strongest. It is clear that Russia must lose the war. In the end, a defeat could perhaps help Russia itself. Andriy Melnyk is convinced of that. "Russia must lose this war in order to change." The list of things he likes about Germans is very long: "I did this job out of conviction and because I love this country so much," said Melnyk. 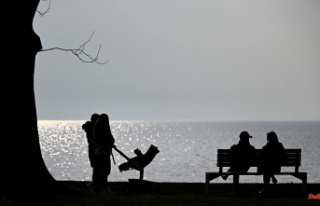 Problem with late desire to have children: Women are...