Ferrari has an advantage ahead of the Spanish Grand Prix. 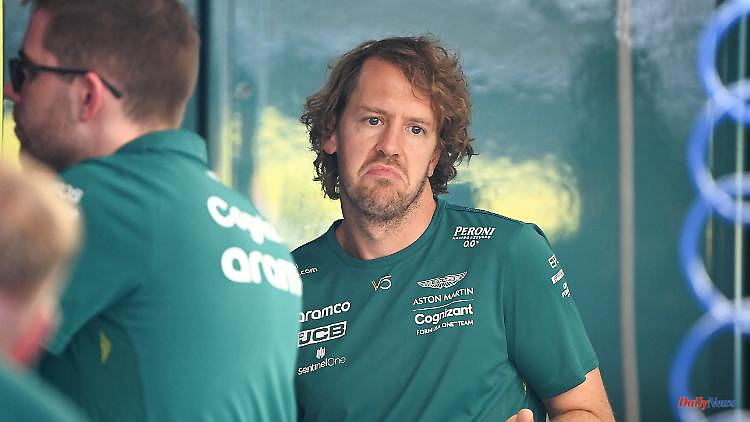 Ferrari has an advantage ahead of the Spanish Grand Prix. Some improvements to the car bring world championship leader Charles Leclerc ahead of world champion Max Verstappen in training. Sebastian Vettel, on the other hand, is dealing with allegations of cheating against his racing team. Mercedes delivers strong.

Formula 1 leader Charles Leclerc made a perfect start to the Spanish Grand Prix thanks to technical innovations and an impeccable driving performance. The 24-year-old from Monaco set the fastest practice time of 1:19.670 minutes in his overtaken Ferrari, relegating the two Mercedes drivers George Russell and Lewis Hamilton to second and third place. World champion Max Verstappen had to settle for fifth in the Red Bull in the north of Barcelona. Sebastian Vettel drove his Aston Martin to eighth place, Mick Schumacher was tenth in the Haas racing car.

"It's been very close between us since the beginning of the season," Leclerc said before the training sessions for the close title fight with Verstappen: "They were a little ahead recently, so I hope we can jump forward again." Despite Ferrari's new technology, Verstappen was not upset. "They come with a few upgrades, but in the end we have to focus on ourselves," demanded the 24-year-old after three wins in five races: "We need a clean weekend. We want to start from the front, then we need it too not to be overtaken."

Red Bull has not brought any significant innovations and relies on the old car concept. The strengthened Mercedes and Ferrari installed new parts for changed aerodynamics. Just like Vettel with brand new Aston Martin. Due to the similarity to the Red Bull, the world motorsport association had already investigated whether the English had copied aerodynamic parts from the competition. According to a statement, the FIA ​​came to the conclusion that the racing team did not break any rules with the new cars.

But Red Bull doesn't want to accept that. "We will look into the matter in detail," said motorsport consultant Helmut Marko on Sky: "You now have to clarify how this incredible copy came about." Vettel's new company car looked a lot like Verstappen's car at first glance. "Copying is not forbidden in the beginning," said Marko, but also noted: "There is evidence that data was downloaded."

The spicy thing: Aston Martin had poached important engineers from Red Bull last year, including chief aerodynamicist Dan Fallows. According to Marko, the Brit switched sides for a "disproportionate fee". Aston Martin's team boss Mike Krack left the allegations cold. Instead, Vettel's boss referred to the FIA's investigation, according to which there had been no wrongdoing.

Completely free of cheating allegations, the two Ferraris did their laps in 30 degrees in the Spanish heat. You want to keep Verstappen at a distance. Before the sixth round of the season on Sunday (3 p.m. in the live ticker on RTL.de), Leclerc leads the overall standings with 19 points ahead of the defending champion. Silver Arrow drivers Hamilton and Russell also indicated that they could intervene at the front of the battle. The seven-time world champion Hamilton had won the last five races in Barcelona.

1 Severe storms in NRW: Storm tears down the top of... 2 Severe storms in NRW: Storm hits Paderborn and Lippstadt... 3 ATP does not award any points: Russian ban has massive... 4 Professionals targeted by the police: arrests and... 5 New government in Paris: Macron relies on a woman... 6 IOC vs. Putin supporters: Bach threatens war sympathizers... 7 Giants pave the way in Paris: Zverev's eternal... 8 "Mom beaten after divorce": Children testify... 9 After his aphasia diagnosis: Bruce Willis' wife... 10 Shooting training against fear of war: "The Poles... 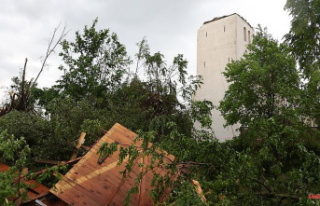 Severe storms in NRW: Storm tears down the top of...