Meteorologists running out of names for hurricanes of the year 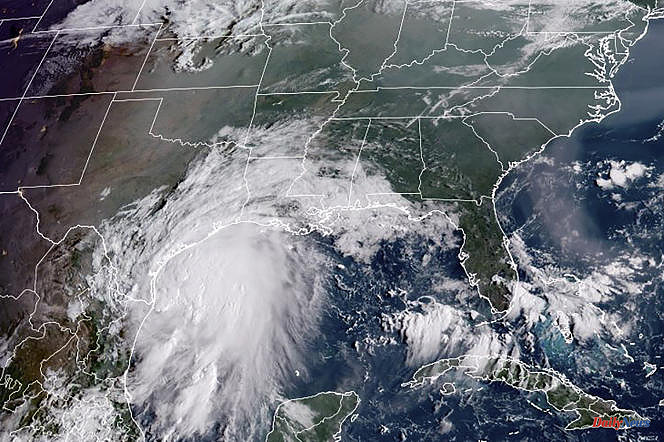 There were more Atlantic hurricanes in 2021 than there were names for them. The World Meteorological Organization (WMO) has exhausted the list of twenty-one names it has each year to designate these meteorological phenomena. For the second time in two years and for the third time in history, the last name on the list has been given. It was attributed to subtropical storm Wanda which formed on Saturday October 30.

Since 1953, the WMO has kept six lists of twenty-one first names, which it assigns, on an annual basis, to hurricanes. These storms receive their names in alphabetical order with, since 1979, an alternation of female and male first names. Names beginning with the letters Q, U, X, Y and Z are excluded, considered "uncommon and difficult to understand in English, Spanish, French or Portuguese, languages ​​spoken in North America, Central America and the Caribbean says the New York Times. When a hurricane is deadly or costly, its name disappears from the list, which is then modified. "It would be inappropriate to use his name for another storm", justifies the OMM. Thus, Katrina was removed from the list, as was Irma, the most powerful hurricane ever recorded in the Atlantic.

Until the early 2000s, the annual list of names was sufficient, writes the Washington Post. "Traditionally, November 19 is our fourteenth storm," said CNN meteorologist Allison Chinchar. In 2005, for the first time, the list was exhausted. Twenty-seven storms were recorded that year, including Hurricane Katrina, which killed more than 1,800 people in New Orleans, Louisiana. In 2020, a new record of thirty storms was recorded. The list has therefore been exhausted again.

It is "probable that this situation will recur in the future", estimated the OMM in a press release, in March. The WMO Hurricane Committee has, in this perspective, adopted an additional list of names in case the initial list is exhausted, which could be used this year. Atlantic hurricane season runs roughly from June 1 to November 30. If a next hurricane forms by then, it should therefore be called Adria.

How can this acceleration in the number of hurricanes be explained? “The links between hurricanes and climate change are increasingly clear,” says the New York Times. If the planet gets warmer, we can expect hurricanes to get stronger over time and the most powerful storms to be more frequent. »

Brian McNoldy, hurricane expert for the Capital Weather Gang weather channel, qualifies this explanation in The Washington Post. Improved weather satellite technology is also making it possible to "catch more 'marginal' storms than a few decades ago," he said. And therefore to multiply those which will be named, "in particular weak and short-lived storms which have no impact on earth", specifies the American newspaper. This is the case of Wanda which should not have any repercussions on earth, according to the weather forecast.

These weak storms, many this year, "may well have their origins in human-caused climate change," admits McNoldy, however. Because "a warmer ocean could explain that this environment which would have been unfavorable to the formation of storms several decades ago becomes so, marginally, and that therefore we begin to see these phenomena appear in places where they did not exist. before," notes the expert.

1 How Harry Potter's "Diagon Alley" Ended... 2 American justice grants rights to Pablo Escobar's... 3 To have your statue in London, it is better to be... 4 The misadventures of an Instagram influencer to evacuate... 5 Detention center for migrants, the other face of the... 6 Dani, singer, actress and 'Paris by night'... 7 Ivana Trump, Donald Trump's first wife, has died 8 Actress Charlotte Valandrey dies after another heart... 9 Death of Monty Norman, original composer of James... 10 Billionaire Lily Safra, widow of banker Edmond Safra,... 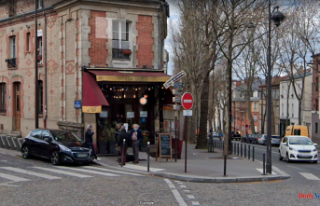