Breastfeeding is not always without problems after the birth. 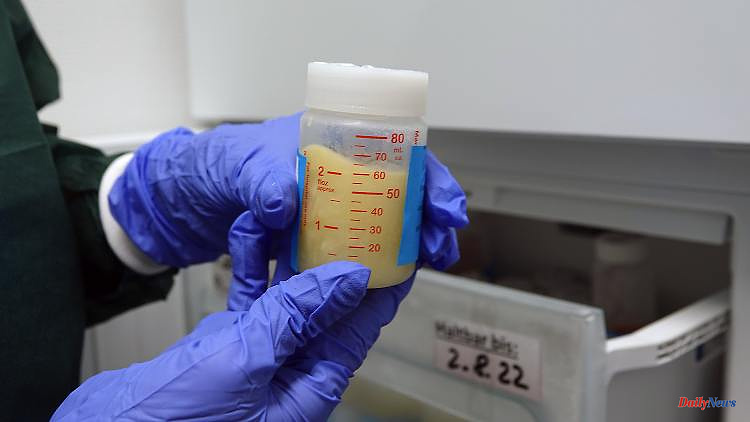 Breastfeeding is not always without problems after the birth. Breast milk from donors can then help - provided the clinic operates a milk bank. The concept is not new.

For several weeks, little Freyja was surrounded by hoses and cables in the incubator in the children's ward of Essen University Hospital. Freyja was born in January - four months earlier than planned. Her weight: 690 grams. "My little fighter", her mother Giedre Jukneviciute introduces her. After a difficult pregnancy and the sudden premature birth, she had no breast milk for the first few days. "But she got breast milk from the beginning, just from a different mother," says Jukneviciute. This was made possible by the human milk bank at the university clinic.

According to the managing director of the human milk bank initiative, Anne Sunder-Plassmann, 34 human milk banks are known throughout Germany. On the other hand, there are 200 clinics where premature babies are treated. The need for donated breast milk is significantly higher than what the existing human milk banks can offer. The aim of the initiative is that all premature babies and sick newborns can be supplied with breast milk. "We're still a long way from that. Even if the trend in recent years has been going in the right direction," says Sunder-Plassmann.

The "Neo-MILK" project of the University of Cologne is also committed to more milk banks. "So far, there has been no uniform standard in Germany with regard to the administration of donor milk," says Nadine Scholten, head of the project. "That makes it more difficult for the clinics to work out their own guidelines." The publicly funded research project supports hospitals in setting up milk banks. Nationwide, 15 more clinics are to get breast milk banks from this year.

The Essen University Hospital, where Freyja is also located, has several refrigerators and freezers in one room, in which labeled bottles with the light-colored liquid are stacked. Only healthy mothers who are also in the clinic and have excess milk are allowed to donate milk, explains Silke Kruse-Hähnel, a specialist children's nurse at the university clinic. The donor pumps the milk, then the liquid is heated and checked for harmful germs and viruses. "You can compare it to donating blood, but with stricter criteria," explains Kruse-Hähnel. The milk will keep in the freezer for up to six months.

Babies get foreign milk through stomach tubes. Premature babies most often receive donated breast milk. But children with sick mothers who suffer from the HI virus or cancer can also benefit. Not much is needed for this: A premature baby with a birth weight of 1000 grams only needs a tablespoon full of breast milk on the first day. After a week it's about 105 milliliters - as much as fits in a small yoghurt pot. Breast milk contains, among other things, immunoglobulins and antibodies, explains Kruse-Hähnel. "This ensures that the children are very well protected against infections. And breast milk is easier to digest."

The concept is not new. The first so-called breast milk collection points existed in the 1920s to combat the high infant mortality rate at the time. While breast milk donations were later promoted in the GDR, the last collection points in the Federal Republic closed in the 1970s. Industrial food was seen as a better substitute. "For a long time it was believed that we didn't need donated breast milk," says Sunder-Plassmann. "But in recent years there has been a clear comeback of milk banks."

Like Jukneviciute, more families will be able to rely on donated breast milk in the future. Her "little fighter" now weighs over 3000 grams. The child is still getting help breathing. "We still have a little time," says Jukneviciute. "I hope that Freyja can make that last jump and that we can go home without the breathing aid." The mother's milk donor for her daughter is known only to the hospital staff. "I don't know who donated, but I would still like to write a little note and say thank you to the donor mom."

1 Dispute about the origin of Corona: Drosten wins in... 2 Professionals targeted by the police: arrests and... 3 End of an influencer marriage: Julian Classen confirms... 4 Depp and Heard in court: As if the Me-Too debate had... 5 41 degrees in Andalusia: Spain is suffering from a... 6 "NATO is informed": Turkish fighter jet... 7 Corona outbreak out of control?: North Korea reports... 8 Difficult visit to Scholz: Emir of Qatar brings gas... 9 Mercedes surprisingly strong: serious copying allegations... 10 Mercedes surprisingly strong: serious copying allegations... 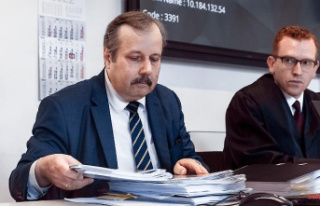 Dispute about the origin of Corona: Drosten wins in...