Missile attack on a shopping mall, civilians killed at Lyssytchansk and strike in Odessa... a bloody week in Ukraine

As the Russians continue to wage war on eastern Ukraine, Lyssychansk is now the main target after seizing Severodonetsk, the nearby city.

As the Russians continue to wage war on eastern Ukraine, Lyssychansk is now the main target after seizing Severodonetsk, the nearby city.

Dramatic events have been taking place in the Donbass for the past week. The strike of a Russian missile in Kremenchuk against a shopping mall in central Ukraine or the deaths of civilians in Lysytchansk this week, Friday, July 1, saw at least 19 people killed by strikes on buildings in Odessa. "L'Obs," reflects on this tragic week.

According to kyiv at least 19 people were killed by strikes on buildings in Odessa, southern Ukraine. This attack was deemed "inhumane" and "cynical".

According to Ukrainian emergency services, two missiles were fired from a "strategic plane" over the Black Sea on Thursday and Friday. They hit buildings.

Although it is still provisional, the National Emergency Service of Ukraine's head Sergiy Krouk said that "the death toll" stands at 19 and 38, with six children among them.

According to the regional governor, at least eight civilians from Ukraine were killed and 21 were injured by a Russian bombing on Monday 27 June. The attack occurred while they were receiving water in Lysytchansk east, the twin city of Severodonetsk that was recently conquered.

"Russians opened fire on a crowd with multiple Hurricane rocket launchers while civilians gathered water from a cistern. On Telegram, Sergey Gaidai (the governor of the Lugansk regions) said that eight people died and 21 were admitted to hospital.

Lyssychansk, the last major city that the Russians have conquered in the Lugansk area, is one of two provinces within the Donbass industrial region. After the destruction of Severodonetsk and the deaths of many civilians, this is the next target for the Russian forces.

According to the regional governor, a Russian missile struck a busy shopping center in Kremenchuk in central Ukraine on Monday (June 27, killing at least 18 and injuring over 40 others.

"The occupiers fired an attack missile on a shopping mall where more than a thousand civilians were present. The mall is currently on fire, and rescuers are fighting the flames. "The number of victims is unimaginable," Volodymyr Zelensky, Ukrainian President, wrote on Facebook.

Vitali Maletsky (the mayor of the city that had 220,000 people before the war) said, "The missile launch from Kremenchuk struck a busy place which has nothing to do the hostilities." There are many dead and wounded. He promised that more details would follow. Dmytro Lounin, Regional Governor, denounced "war crime", "crime against humanity", and "undisguised and connical act" of terror against civilians. 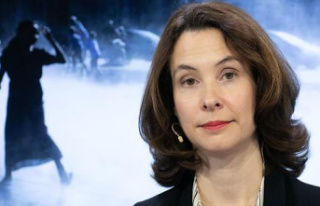 Ten things you need to know about Estelle Brchlianoff,...