The oldest occupant of the White House in the history of the United States has often been politically buried for 18 months, but he again demonstrated his resilience this week. 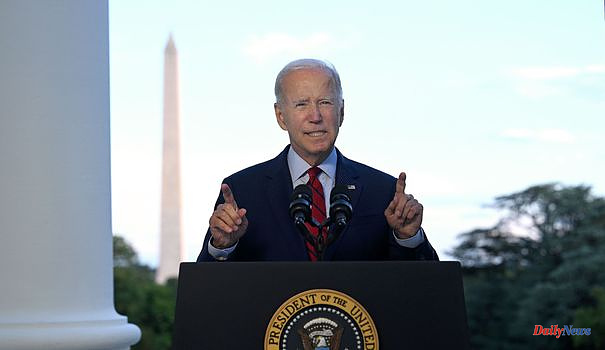 The oldest occupant of the White House in the history of the United States has often been politically buried for 18 months, but he again demonstrated his resilience this week. Even though at 79, he is still positive for Covid-19 and bears the obvious physical marks – stiffer gait, sometimes more difficult speech – of an exhausting load.

Last good news for Joe Biden on Friday: The labor market is in its best shape for 50 years, with a surprise rebound to pre-pandemic levels. An unexpected dynamism, at a time when the fight against inflation raises fears of a recession in the world's largest economy.

On the climate crisis, a senator from the right wing of the Democratic Party, Kyrsten Sinema, gave her agreement on Thursday to vote on a major investment bill in health and the environment wanted by the president. Debates in the Senate will begin this weekend.

Congress also passed a law last week releasing $52 billion in subsidies to boost production of semiconductors in the United States, and tens of billions more for research and development.

A victory snatched by Joe Biden after a long-term political struggle before the midterm elections in November.

The president was also comforted this week by the surprise vote of Kansas voters, who came out overwhelmingly in favor of the right to abortion.

On the international side, in a country still traumatized by the attacks of September 11, Joe Biden announced Monday that an American armed drone had killed, on his balcony in Kabul, the leader of Al-Qaeda, the Egyptian Ayman al- Zawahiri.

In addition to his attempts to settle the war in Ukraine, the American president has also managed, for the moment, to avoid a total rupture with China, following the visit to Taiwan by the Democratic speaker of the House of Representatives Nancy Pelosi.

A face-to-face meeting between Messrs. Biden and Xi was even considered.

- Biden is not Roosevelt -

Whether it is the Senate or the House of Representatives, the Democrats only have a very narrow majority and the midterm legislative elections - traditionally lost for the camp in power in the White House - are announced in better very tight for the Democrats.

Joe Biden, 46th President of the United States, is not the reincarnation of his political hero Franklin Roosevelt (32nd President from 1933 to his death in 1945), noted Slate political journalist Jordan Weissmann on Twitter.

"But so far, it looks like Biden's first term is on par with Obama's in terms of success, and with a much narrower (parliamentary) majority," the commentator said.

Republicans - in the forefront of which former President Donald Trump, who did not recognize his defeat in 2020 and is approaching a candidacy for the primaries for 2024 - on the contrary depict a Joe Biden almost senile, incompetent and manipulated by the left-wing Democrats.

Ronny Jackson, a former White House doctor under Trump who once hinted the billionaire could live to be 200, told Fox News that the current president suffers from "cognitive impairment."

In November, a comprehensive medical examination concluded that Joe Biden was "robust" and "fit" to perform his duties.

However, only 18% of American voters want him to run again in 2024, according to a Yahoo News / YouGov poll.

His satisfaction rating tops out at 35%, and even 30% when it comes to the state of the economy. And they are only 26% to consider that Joe Biden is "able to meet the challenges facing the United States".

Even more worrying for his supporters, his unpopularity is growing among Democrats due to his old age: he would be 86 when his second term ends in January 2029.

A perspective swept away by White House spokeswoman Karine Jean-Pierre, who assures that "the president intends to compete" in two years.

1 Agriculture: State and FDP welcome expansion of grain... 2 War in Ukraine: new strikes hit the Zaporizhia nuclear... 3 Fish and Clay: Quirky ice cream trend in Cape Town 4 According to the secret service, war is about to enter... 5 "The First World War was practically lubricated... 6 Anne Heche: Apparently serious injuries after a car... 7 Caught on fire: car accident in Hollywood: actress... 8 Licenses are at stake: California is said to have... 9 Tennis star helps those affected: Zverev makes diabetes... 10 From the Schmoll corner: Berlin is finally naming... 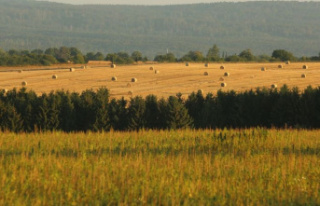