With more than 6,600 cases recorded in the country, including about a quarter in New York State alone, measures must be taken quickly to control the epidemic until it is more widespread, had estimated experts. 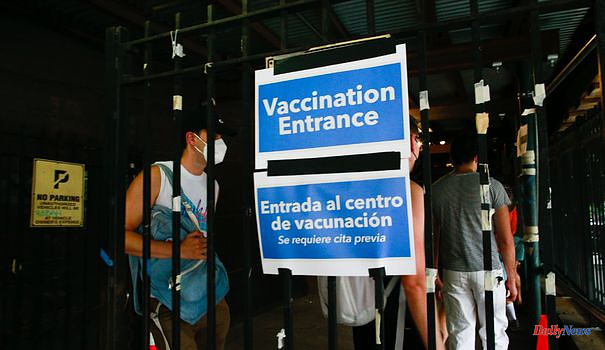 With more than 6,600 cases recorded in the country, including about a quarter in New York State alone, measures must be taken quickly to control the epidemic until it is more widespread, had estimated experts.

“We are ready to take our response to the virus to the next level and call on all Americans to take monkeypox seriously and do what is necessary to help us fight the virus,” the Secretary of State said. Health Xavier Becerra.

Thursday's declaration is in effect for 90 days and can be renewed.

Experts fear that the actual number of cases is much higher due to sometimes very subtle symptoms, including simple lesions that can be seen as similar to those of sexually transmitted diseases (STDs), a category in which however smallpox does not fit. of the monkey.

To combat this epidemic, the Federal State provided approximately 600,000 doses of the vaccine manufactured by the Danish Bavarian Nordic and marketed under the name of Jynneos in North America, Imvanex in Europe and initially developed for smallpox.

But that number still falls far short of the roughly 1.6 million people considered high-risk in the country, and the next shipment (150,000 doses) won't arrive in the United States until September due to logistical issues, it said. an official from the Ministry of Health.

The Department of Health said last week that 99% of the cases recorded in the United States concern men who have sex with men. This population is, despite risks of stigmatization, the priority target for vaccination.

They are also a priority for preventive actions organized by the authorities, aiming in particular to establish a better knowledge of the symptoms and to suggest reducing their number of sexual partners between now and their vaccination.

About 14,000 doses of an antiviral initially developed against smallpox, tecovirimat, have been delivered, even if its effectiveness on monkeypox is currently poorly known.

Unlike previous waves in Africa, this new epidemic of monkeypox is transmitted mainly by sexual intercourse, but the American health authorities (CDC) indicate that other routes are possible, in particular by sharing a bed, clothes and prolonged face-to-face contact.

A small but growing number of women and children have been affected by the disease.

There have been no deaths from the disease so far in the United States, but some patients have had to be hospitalized to deal with immense pain.

The World Health Organization (WHO) had triggered its highest level of alert at the end of July in order to strengthen the fight against monkeypox.

On Thursday, the American drug agency, the FDA, for its part said it was studying the possibility of authorizing caregivers to administer five doses of vaccine from a single one by modifying the way in which it is injected.

The first symptoms of monkeypox are a high fever, swollen lymph nodes, and a chickenpox-like rash. 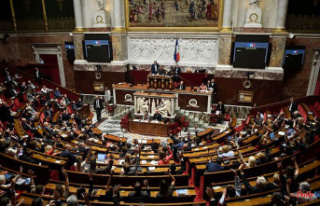 Back to Parliament: divisive topics and hot issues...