Monster queue through London: The long, arduous journey to the Queen's coffin

Thousands of mourners made their way to Westminister Hall to say goodbye to Queen Elizabeth II. 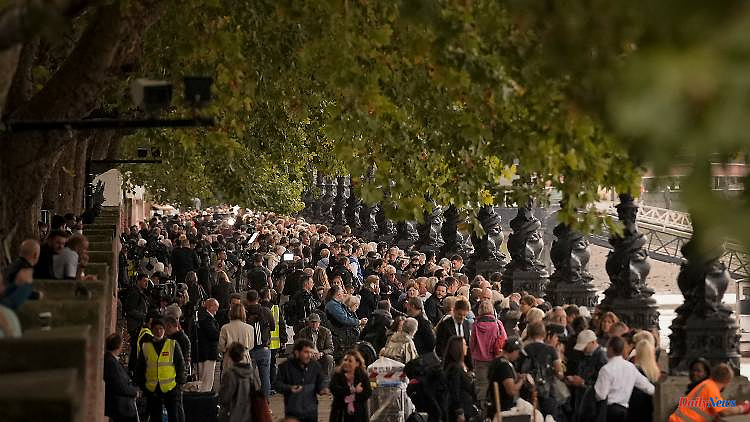 Thousands of mourners made their way to Westminister Hall to say goodbye to Queen Elizabeth II. The queue for the monarch's coffin runs across London. Except for pee breaks, those waiting are only allowed to do a few things.

Queen Elizabeth II is dead and lies in state at Westminister Hall in London until Monday morning for the public to say goodbye to her. The British Parliament remains open around the clock. Hundreds of thousands of visitors from all over the world are expected. They all want to experience this historic event live and pay their respects to the late monarch.

Since Wednesday at the latest, a gigantic, well-organized queue has been winding its way through London. According to initial estimates, the waiting time can be up to 30 hours. The warnings on the UK Government's official website are clear: "You will have to stand for many hours, possibly even overnight, with little opportunity to sit down as the line will continue to move." Between the lines it says: It would be pointless to bring sleeping bags or folding chairs with you, because we are moving at a crawl.

It is also said that there could be disruptions on the streets and in local public transport due to the monster snake across London. Those arriving should find out beforehand how best to get to central London.

Still, everything seems well organized. The British Ministry of Culture provides information about the situation on site in its own live ticker. According to this, the queue on Thursday afternoon stretched from Westminister Hall to Tower Bridge – and was about seven kilometers long in total. In the morning the end was still level with Southwark Cathedral.

From a length of about 8 kilometers it should be over. Then the entrance to the queue would be around the same level as Southwark Park – about a two-hour walk from Parliament. So that all those waiting actually have the opportunity to walk past the Queen's coffin, access should be blocked on Monday night at the latest.

Until then, the current end of the line will be announced in the social media on YouTube, Twitter and Facebook. Whoever gets there is given a numbered wristband, which is intended to document the approximate time of arrival of the guest. This allows those waiting to leave the line for a short time, for example to go to the toilet. After that they have to take their place again immediately. Toilets, drinking water and first aid stations are available along the defined route.

An "airport-like" security check awaits the mourners in front of the entrance to Westminister Hall. Only small backpacks are allowed, everything else must be handed in at a separate cloakroom after a security scan. The rules in Westminister Hall are also strict in other respects: cell phones must be muted. Flags, toys, flowers and other souvenirs are prohibited. The government also asks for appropriate clothing and etiquette.

In general, the government website does not skimp on tips on what visitors should be prepared for - including a checklist of things to pack: suitable clothing, enough to eat and drink, essential medication - and a mobile cell phone charger. 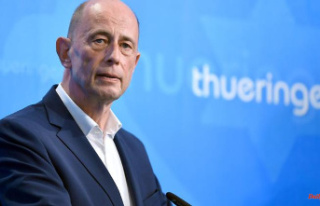