No more tap water in a hundred municipalities in France, crops destroyed for lack of watering, biodiversity in danger: challenged on all fronts of this historic drought, the government no longer hides its concern. 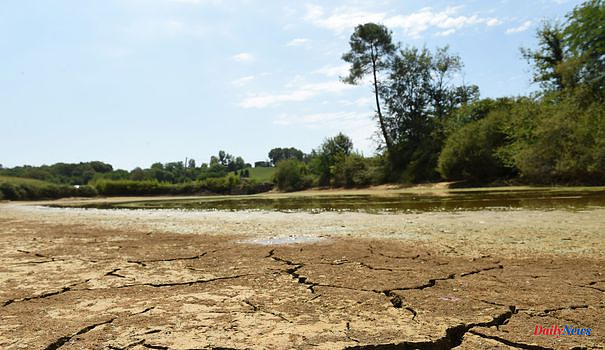 No more tap water in a hundred municipalities in France, crops destroyed for lack of watering, biodiversity in danger: challenged on all fronts of this historic drought, the government no longer hides its concern. On the Valensole plateau, where the Ministers for Ecological Transition and Agriculture visited this Friday, August 5, the lavender that made its reputation was picked up, but large garden hose reels are regularly placed on the edges of fields.

Thomas Raso, a young market gardener in Lagrand, in the Hautes-Alpes, came to the Minister with a tray of "black ass" tomatoes, a disease linked to water problems, to alert him to the consequences of the drought in his job. "Before we knew how to resist one or two years of drought, not anymore", points out the young market gardener. “The hill reservoirs will not be used, they are not the ones who will make it rain”, underlines Yannick Becker, owner of a horse farm and market gardener, spokesperson for the PACA Peasant Confederation. "Even the lake of Sainte-Croix", where the ministers must go, and the lake of Serre-Ponçon (Hautes-Alpes) "are empty", he underlines.

Facing them, the Minister for the Ecological Transition Christophe Béchu pleads for "the need to accelerate the transitions". His Agriculture counterpart, Marc Fesneau, notes: "There are cropping systems that are more resilient given climate change, but to believe that there will be no need for water would be a mistake. quite tragic." "Imagine the situation we would be in today in this region if it weren't for a number of water retention systems created 40, 50 or 60 years ago," he said. , before visiting, precisely, a dam in Sainte-Croix du Verdon. Christophe Béchu, while arguing for a "reduction of uses" recognized that there may be some "in which deductions can be the solution". "The risk would be that we say to ourselves: 'it doesn't matter', to continue as before and not to re-examine our practices, we just have to find alternative methods so as not to run out of water. And that it's lying to people," he said.

In addition to agriculture, it is first of all the most essential use that worries the government: drinking water. In more than a hundred municipalities in France today, the pipes are empty and the water no longer flows from the tap, indicated Christophe Béchu. These municipalities are supplied by drinking water trucks, but "the whole issue is to tighten a certain number of restrictions to avoid getting there". The day marks a turning point in the consideration of this intense climatic phenomenon, with the Prime Minister's serious statements on Friday morning. Elisabeth Borne worried that this drought - "the most serious ever recorded in our country" - continues, even becomes "even more worrying".

To better coordinate the action of the public authorities, it activated the interministerial crisis unit. These are "technical meetings" which began Friday at the end of the morning, without a decision expected in stride. The crisis has been simmering for months in certain regions where drought decrees have multiplied since the spring, due to lack of rain. 93 departments in mainland France out of 96 are already subject to water restrictions to varying degrees and 66, or around two-thirds of the country, are "in crisis".

Since Thursday August 4, Ain, Manche, Bas-Rhin and Yonne have gone into crisis. In this highest level of alert, the watering of lawns, vehicles or the irrigation of crops are prohibited, as is the filling of bodies of water.

July 2022 was the second driest month ever recorded in France, after March 1961, with a rainfall deficit of around 84% compared to normal for the period 1991-2020. "We are on a major event, which can easily be compared to 1976 or 2003", commented Jean-Michel Soubeyroux, climatologist at Météo-France. With in addition a "record drought situation for soil moisture since July 17 at the national level".

Essential sectors are hard hit, such as agriculture, whether it is corn intended for animal feed, which is very water-intensive, or the lack of pasture for livestock. The question of sharing the uses of water agitates the political class. LFI MP Mathilde Panot claimed on Twitter a right to water "enshrined in the Constitution": "water must first go to life rather than to profits!".

1 Ligue 1: time for the big start for the new PSG, Mbappé... 2 Broadcasting: Unexplained allegations: RBB director... 3 England: But to the hospice? Archie's parents... 4 Britt Hagedorn and Co.: What the talk show legends... 5 Festival: The return of heavy metal is celebrated... 6 Stock exchange in Frankfurt: Dax closes in the red... 7 Transport: Rail punctuality in long-distance transport... 8 Over-indebtedness and branch closures - SuperBioMarkt... 9 John Legend: That's why friendship with Kanye... 10 Dusseldorf fails for the first time: a toe defeats... 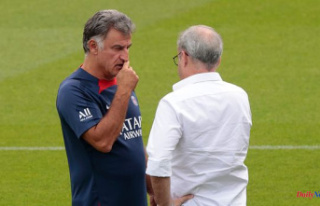 Ligue 1: time for the big start for the new PSG, Mbappé...