More holidays - 2023 will be a good year for bridging days

2023 will be a passable year for bridge builders. 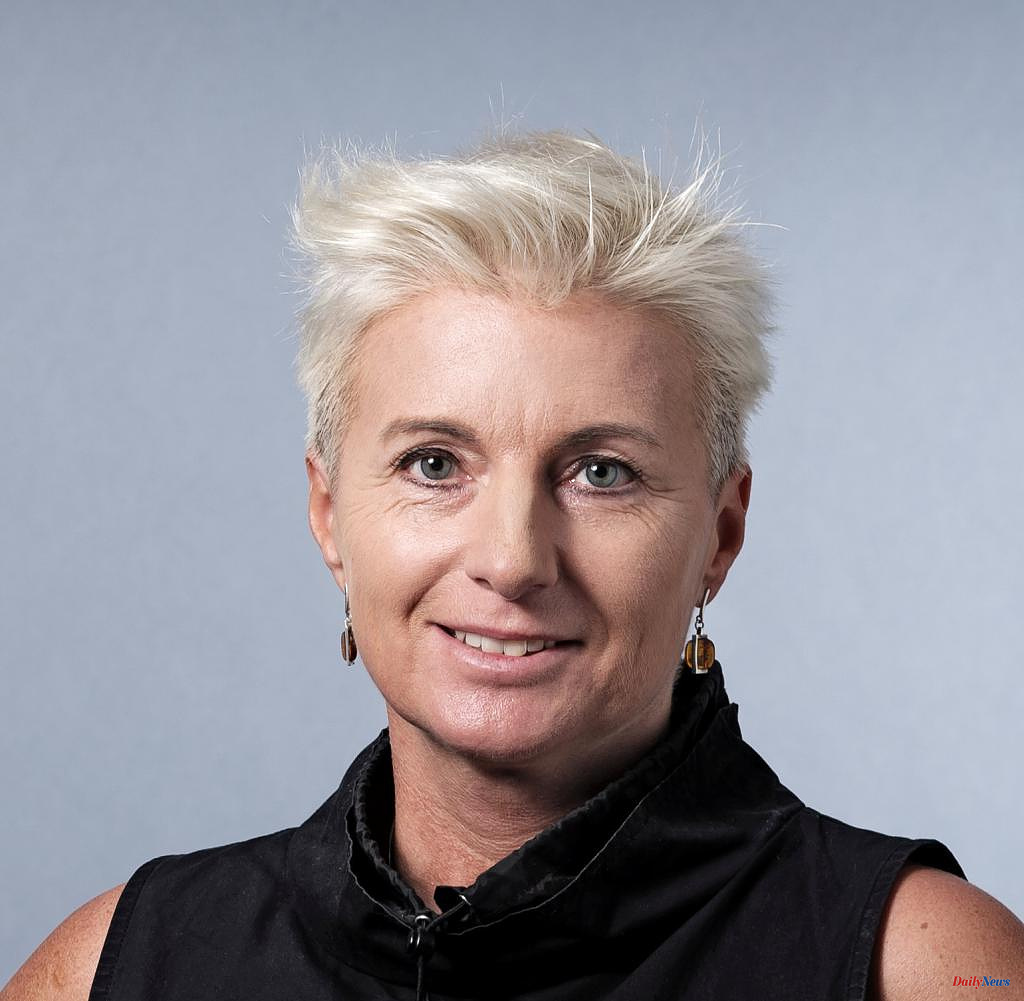 2023 will be a passable year for bridge builders. According to the market research institute Statista, German employees have an average of 30 vacation days a year. And if you send 28 days of it before, after and between the public holidays, you can build several leisure bridges with a total of 60 days in the coming year, according to the Fit Reisen Group.

That's the theory. In practice, however, this calculation only applies to Bavaria, Baden-Württemberg and Saarland, the three federal states with the highest number of public holidays. At the other end of the leisure time scale is the Protestant north of Germany, where employees have an average of ten public holidays a year - three fewer than in southern Germany.

There are currently 20 public holidays in Germany; nine of them are committed in all federal states. Four of these national public holidays (Good Friday, Easter Monday, Ascension Day and Whit Monday) always fall on working days, making them classic “bridge pillars”.

The remaining five (New Year's Day, May Day, German Unity Day, Christmas Day and Boxing Day) are considered "movable", meaning they can be both weekdays and weekend days. And 2023? Only one of the five movable holidays falls on the weekend, it's New Year's Day.

An overview of the public holidays per federal state can be found at the end of the article.

The second holiday of the year, the Catholic Epiphany, follows on January 6; In 2023 it's a Friday. As a regional holiday, however, it is only a day off in Bavaria, Baden-Württemberg and Saxony-Anhalt and helps the employees of these three federal states to have a long weekend.

On January 9, 2023, a dry spell will begin for almost all German employees. Because until Good Friday, the next Christian high festival, there are twelve calendar weeks without a holiday.

With one exception: in 2019 the Berlin Senate declared International Women's Day (8 March) a public holiday in the capital; it will be celebrated on a Wednesday next year - Berliners can take a nine-day break with the help of four vacation days (March 6th, 7th, 9th and 10th).

On Good Friday (April 7th) the (calendar) tide turns again in favor of all employees. Together with Easter Monday (April 10) and eight vacation days (April 3 to 6, April 11 to 14), a 16-day "free bridge" can be built.

A tip for all Brandenburgers: Brandenburg is the only German federal state that explicitly treats Easter Sunday as a public holiday – so anyone who has to work on April 9th ​​is entitled to an alternative rest day. The whole thing is then repeated on Pentecost Sunday (May 28) – only in Brandenburg is it also under special public holiday protection.

In general, May is a merry month for bridge builders - and that also applies to 2023. Labor Day (May 1) is a Monday. Then follows Ascension Day (May 18), which is always a Thursday; Those who take vacation on the following Friday (May 19) have four days off - it is the classic among the annual leisure bridges.

Then it continues with Corpus Christi, a high festival that is celebrated on the second Thursday after Pentecost. Corpus Christi (June 8) is only a regional holiday - it is celebrated in parts of western Germany (Bavaria, Baden-Württemberg, Hesse, North Rhine-Westphalia, Rhineland-Palatinate, Saarland) and in Catholic communities in Saxony and Thuringia. With four days of vacation (June 5, 6, 7, 9), employees in these federal states have nine days off.

In terms of bridging days, July, August and September are total failures – with the exception of three federal states with regional public holidays: Assumption Day (August 15), for example, is school and work-free in Catholic communities in Bavaria and Saarland. Since the public holiday in 2023 falls on a Tuesday, a nine-day leisure bridge is possible with the use of four vacation days (14, 16, 17, 18 August).

In 2019, employees in Thuringia were given World Children's Day as a public holiday by the red-red-green state government - nice for them, because September 20, 2023 is a Wednesday and can be divided into four days of vacation (18th, 19th, 21st, 22nd and 24th). ) to the nine-day bridge.

Despite the new public holidays for Berliners and Thuringians, Bavaria continues to lead nationwide with 13 public holidays; the people of Augsburg even have 14 days off in addition to their holiday entitlement with their locally applicable High Peace Festival (the only state-protected city holiday in the world). The Peace Festival is perfect in 2023, because August 8th is a Tuesday and so the calculation can be opened up again: four days of vacation (August 7th, 9th, 10th, 11th) equal nine days off.

October is blessed with two public holidays. Both – the nationwide Day of German Unity (October 3) and the regional Reformation Day (October 31) – fall on a Tuesday next year. The latter will particularly please the residents of Schleswig-Holstein, Lower Saxony, Hamburg and Bremen, who have been off work on the Protestant Reformation Day since 2018; previously only the five East German states had this day in their public holiday calendar. The following applies to both October 3rd and October 31st: One day off (October 2nd or October 30th) gives you four days off in a row.

All Saints' Day (November 1st) is also regionally limited as a Catholic high festival - to Bavaria, Baden-Württemberg, North Rhine-Westphalia, Rhineland-Palatinate and Saarland. In these countries, a longer leisure bridge can be built in 2023 because November 1st is a Wednesday. At the end of the year, if you don’t have enough vacation days for the classic nine-day bridge, you can still get a five-day bridge with two days (October 30th, 31st or November 2nd, 3rd).

November is also interesting for the Saxons; with the Day of Repentance and Prayer they have a strong “bridge pillar” in the middle of the week – every year. Because the regional holiday is always celebrated on the Wednesday before Eternal Sunday, the last Sunday of the church year; In 2023 it is November 22nd. If you want to build a five-day break, you have to book November 20th and 21st. or 23. and 24.11. take vacation

At Christmas all Germans will have the opportunity to take a break again. In the coming year, the two national public holidays will fall on Mondays and Tuesdays. And if you already secure the three following days (December 27, 28, 29) as vacation days, you can go on a ten-day vacation between the years. Because January 1, 2024 is a Monday.

Conclusion: 2023 will not be as good as 2014 (at that time all five movable national holidays were weekdays), but also not as bad as 2021, when the national holiday and Christmas days fell on the weekend in addition to the May holiday.

In Germany, such "missed" public holidays cannot be rescheduled to subsequent working days. In Great Britain, Ireland and Spain, on the other hand, this has been practiced for a long time. In Belgium and Luxembourg, on the other hand, companies can choose any working day on which they give their employees time off if public holidays fall on the weekend.

The year 2022 gives German employees a little more leeway than last year when it comes to bridging days. Planned in good time, get the most of your free time with this overview.

1 Sommerdom starts with new products and without corona... 2 The number of job vacancies on the rise 3 HSBC to cut another 10,000 jobs 4 Ship traffic jams on the North Sea are getting worse 5 The key to educational success is: more recognition 6 The problem of the Salzburg Festival with the Russians 7 [Whisky] These exceptional single malts that will... 8 Bourbon at the holiday table 9 A 63-year-old woman from Aix discovers five brothers... 10 Google Maps allows you to visit the solar system in... 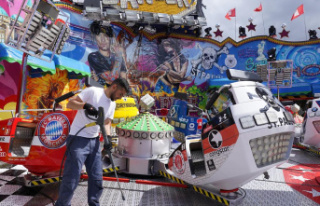 Sommerdom starts with new products and without corona...