It is questionable whether and when NHL striker Tim Stützle can help the German national team again at the Ice Hockey World Championship. 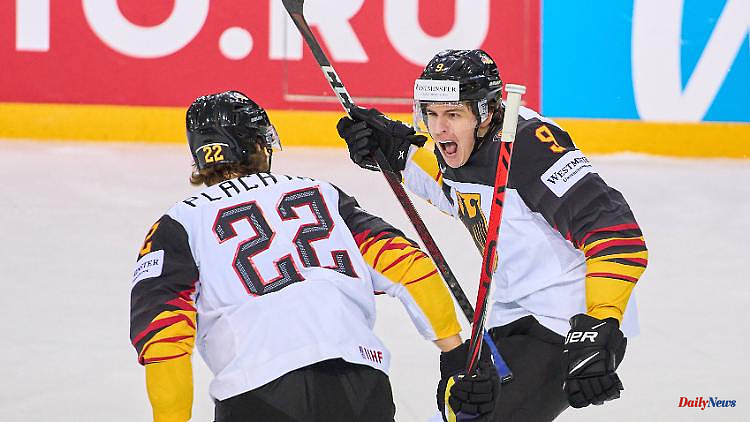 It is questionable whether and when NHL striker Tim Stützle can help the German national team again at the Ice Hockey World Championship. The two AHL professionals Leon Gawanke and Lukas Reichel, on the other hand, are alternatives for Thursday. The team is looking forward to the "exceptional players".

Amid the doubts about the fitness of NHL striker Tim Stützle, the German national ice hockey team will get the hoped-for additional reinforcements from North America at the World Cup. The two AHL pros Leon Gawanke (22) and Lukas Reichel (20) are possible alternatives on Thursday in Helsinki for the fourth round match against Denmark (3:20 p.m. on Sport1, MagentaSport and in the live ticker on ntv.de). Both are expected in Finland on the day of the game, the German Ice Hockey Federation announced.

"Leon can definitely make us even better in the build-up game," said national coach Toni Söderholm about defender Gawanke. Striker Reichel "proved his maturity at an international level" at the 2021 World Cup. "His creativity is definitely an asset for us," said the Finn. Reichel is also a help and a possible replacement for the 2021 World Cup fourth-placed on the desired way to the quarter-finals, because it is questionable whether and when Ottawa attacker Stützle will be ready for action again.

For the important game against the Danes, national coach Toni Söderholm left the use of the leading player open. Stützle was absent from ice training. The 20-year-old injured his knee during a 3-2 win against France on Monday. "We will discuss this with the club, with Tim, with our doctors. We can be positively optimistic that he will still play at some point," said Söderholm. On Friday, in the fifth of seven group games against the clear outsiders Italy, the next points are mandatory.

Memories of the successful 2021 World Cup are linked to Reichel and Gawanke. Both had taken on formative roles in achieving fourth place at the World Championships. Reichel then moved from Berlin to the NHL team Chicago Blackhawks, for whom he played eleven times this season. "Both are exceptional players in German ice hockey," said captain Moritz Müller in Helsinki.

Reichel and Gawanke had become an issue since their season in the second-rate North American professional league AHL with the Rockford IceHogs and the Manitoba Moose ended on Sunday. Most recently, the DEB had pointed out the PCR results, the final meetings with the teams and investigations as question marks behind their arrival. NHL top star Leon Draisaitl is out of the question for the World Cup.

1 Case of illness in the band: The doctors have to postpone... 2 "Same tools": Experts: World poorly prepared... 3 Prank calls against war: Massive prank call action... 4 Only half have surrendered so far: Separatists suspect... 5 Criticism of "populism": Economist wants... 6 Because of the long wait for trial: the court releases... 7 Germs in the chocolate factory: the EU blames Ferrero... 8 Taliban had an easy time: Report: US withdrawal main... 9 Life after a stroke: Michael Hartl "could cry... 10 Wiesn boss reacts outraged: Lauterbach: Oktoberfest... 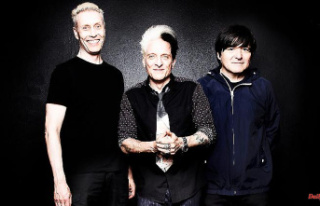 Case of illness in the band: The doctors have to postpone...