More spicy details from the process: Heard wanted to talk about erectile dysfunction

Her trial is over, but the buzz surrounding Amber Heard and Johnny Depp isn't abating. 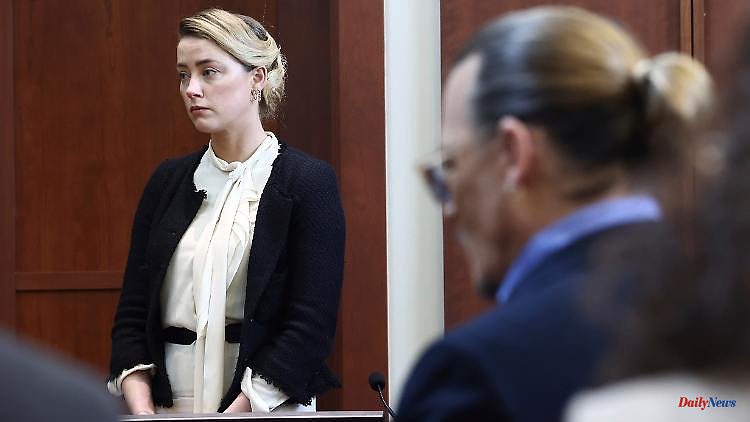 Her trial is over, but the buzz surrounding Amber Heard and Johnny Depp isn't abating. US media are sharing more and more spicy evidence from the ex-couple, which were rejected at trial. Among other things, the 36-year-old apparently wanted to address Depp's alleged erectile dysfunction.

It can always be more intimate: US media are currently evaluating recently unsealed preliminary hearing documents for the legal dispute between Johnny Depp and Amber Heard. Among other things, the journalists come across applications for evidence rejected by the court, some of which are difficult. Latest revelation, including from "Page Six": Heard's legal team wanted to address Johnny Depp's alleged erectile dysfunction in the courtroom.

A list of medications should have been presented as evidence of his suffering. The Heard team's chain of arguments: Depp's medical condition is relevant to the trial, as it could explain why he became violent towards Heard - including sexual violence. Because of his condition, he would have penetrated Heard with a bottle, among other things. In addition, erectile dysfunction is the cause of his profound aggression towards Heard.

Excerpts from the court documents had already been published in the past few days. The Daily Beast reported that Judge Penney Azcarate Heard's team had refused to provide a memo from the divorce proceedings against her ex-husband. According to the note, she ignored her lawyers' advice to seek the maximum amount she would have been entitled to after the divorce. The 36-year-old was said to be entitled to half of the $33 million that Depp is said to have received for his role in the fourth "Pirates of the Caribbean" part. However, Heard reportedly declined to make that claim, stating in an email to her attorneys that she "stands by [her] word that this isn't about the money."

In early June, Depp won the defamation lawsuit against Heard after around six weeks of the trial. He sued her for $50 million for a post she published in the Washington Post in 2018. In it, she claimed to be a victim of domestic violence. She did not mention her ex-husband by name. However, Depp explained that the post still ruined his career, damaged his reputation and cost him a lot of money. Heard then filed a $100 million counterclaim against her ex.

The 36-year-old was ordered to pay around $15 million in damages at the trial, but the amount was capped at $10.35 million due to local law. Johnny Depp has to pay her two million dollars. Both sides have appealed the verdict. Heard is said not to have the appropriate funds, but is trying to collect the money. As the celebrity portal "TMZ" reported, she has since sold her house in California's Yucca Valley for $ 1.05 million.

1 50 years of German "Playboy": When the sex... 2 Rio-Reiser-Platz in Kreuzberg: Berlin honors the "King... 3 The size of a postage stamp: Ultrasound plaster allows... 4 Moon could disturb Perseids: Saturn is particularly... 5 Bavaria: After a racist attack: the city council is... 6 Bavaria: Energy crisis is causing concern for museums 7 Bavaria: The city of Nuremberg now also waters trees... 8 Thuringia: Three-year-old girl died after an accident... 9 Saxony: Explosion of a gas cartridge: truck driver... 10 Saxony: mowing boats clean the Karl Heine Canal in... 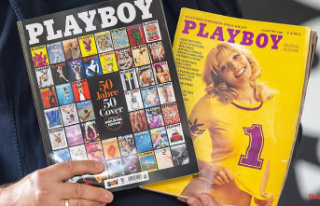