Moscow reacts to the broadcast of a Putin/Macron interview on France 2.

On Wednesday, July 6, Russian Foreign Minister Sergei Lavrov was upset by the publication by France 2 of a telephone conversation between Vladimir Putin and Emmanuel Macron.

On Wednesday, July 6, Russian Foreign Minister Sergei Lavrov was upset by the publication by France 2 of a telephone conversation between Vladimir Putin and Emmanuel Macron. "Diplomatic etiquette doesn't allow for unilateral leaks [of such] recordings," stated, squeaking. This was during a visit to Vietnam by the head of Russian diplomaticy.

The conversation of nine minutes between the Russian and French presidents was broadcast on Thursday, June 30, in a French documentary called "Un president Europe et la guerre". It traces the mediation of Elysee tenant to stop conflict from escalating. Moscow is then accused of planning an offensive, despite repeated denials.

The very heated exchange between the heads of state was captured by the camera on February 20, just four days before Mouscou's attack against Ukraine. The documentary's beginning states that "according to international relations customs, conversations between heads state and government are not disclosed."

According to the head of Russian diplomacy, Moscow didn't have to be embarrassed by the contents of the conversation between their leaders. "We never have to be embarrassed when we conduct negotiations." He said, "We always say what is on our minds. We are available to explain our position and answer our questions." 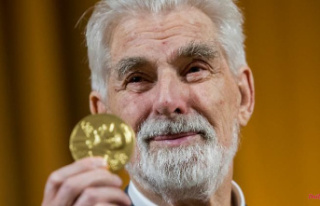 For "GEO protects the rainforest": Hasselmann...