Kyiv wants to exchange the captured soldiers from the steel works in Mariupol. 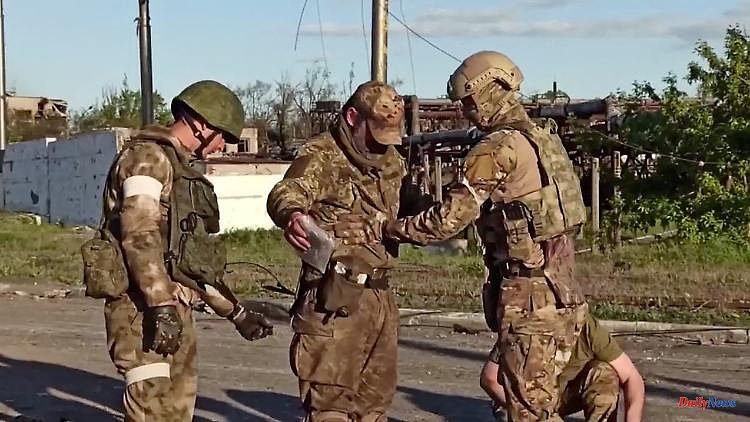 Kyiv wants to exchange the captured soldiers from the steel works in Mariupol. However, it is questionable whether this will happen. The Russian parliament is considering exempting fighters from the Azov regiment from an exchange. Some members of this regiment stayed or are staying in the steelworks.

The head of the Russian parliament, Vyacheslav Volodin, spoke out against a general exchange of prisoners after the capture of Ukrainian fighters in the port city of Mariupol. "Nazi criminals are not subject to exchange. They are war criminals and we must do everything we can to bring them to justice," said the Duma chief at a plenary session. Ukraine, on the other hand, is hoping for an exchange of more than 260 of its own soldiers, who had previously left the Azovstal steelworks, which had been under siege for weeks.

Some of the last remaining Ukrainian fighters in Mariupol belong to the nationalist Azov regiment. In Moscow, Azov is repeatedly used to justify the war against Ukraine, which aims, among other things, to allegedly "denazify" the neighboring country. However, experts regard the claim that the entire Ukrainian army is dominated by "Nazis" as an untenable pretext.

Parliament leader Volodin stressed that Russia is doing everything possible to provide medical care and humane treatment to injured Ukrainian prisoners. "But as far as the Nazis are concerned, our position must remain firm because that is one of the objectives of the military special operation," he said. In Moscow, the war that began against Ukraine at the end of February is officially referred to only as a "special military operation". Nevertheless, Volodin now spoke of "prisoners of war".

Meanwhile, the Russian military commented on the capture of Ukrainian soldiers from the steel mill. "In the past 24 hours, 265 militants, including 51 seriously wounded, have laid down their arms and taken captives," Russian Defense Ministry spokesman Igor Konashenkov said. The figures differ slightly from the information from Kyiv. There was previously talk of 264 prisoners - including 53 seriously injured.

The Russian ministry also released a video purporting to show the Ukrainians being arrested, receiving medical treatment, and the evacuation of the injured. The Russian military initially left open whether the prisoner exchange hoped for by Kyiv would actually take place. Deputy Defense Minister Hanna Maljar previously said that the Ukrainian soldiers would be "exchanged" at a later date.

All the injured were taken to the Novoazovsk hospital, Konashenkov said. Novoazovsk is east of Mariupol, directly on the border with Russia, in territory controlled by pro-Russian separatists since 2014. He gave no information on the whereabouts of the other prisoners. According to Ukrainian reports, they drove to the village of Olenivka near the front line.

The Azov Steelworks is the last bastion of the Ukrainian army in the strategically important port city. In the past few weeks, hundreds of civilians have been brought to safety from the huge industrial complex. Hundreds of soldiers are said to be still there. What happens to them is also unclear.

Giving up is not an option, Illja Samojlenko from the Azov regiment said last Thursday in the "Tagesthemen". The commander, who claims to have reported from the steelworks, emphasized that "we cannot surrender to the Russians because that would mean immediate death for us." The Ukrainian military, but also the Azov regiment, are seen as a terrorist organization in Russia. "Of course that's not true, but that's how we're seen and that's why captivity in Russia would be catastrophic for us." They would be sentenced immediately, he said. "We would go to prison for life or they would execute us, as has happened to other soldiers." 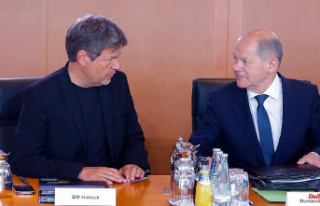 RTL/ntv trend barometer: Greens on par with the SPD