Motion of censure of the Nupes rejected: who voted what in the National Assembly?

The Borne government will not fall. 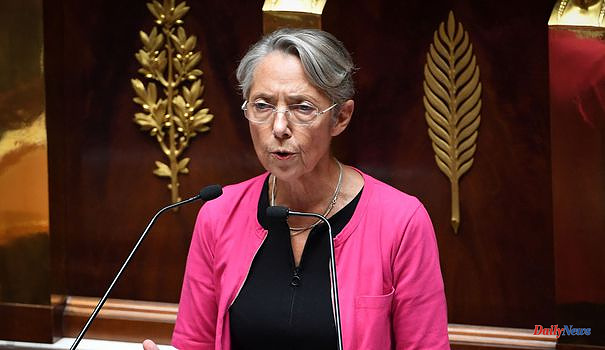 The Borne government will not fall. Unsurprisingly, the National Assembly rejected this Monday, July 11 the motion of censure of the left alliance Nupes against the government, which was only approved by 146 deputies. To bring down the government, an absolute majority of 289 votes was needed, impossible to achieve for the Nupes deputies alone (LFI, PS, ecologists, PCF), who are 151 in total.

Socialist deputy Dominique Potier had not signed the text. In total, six deputies who are members of the socialist and related group did not take part in this ballot: Joël Aviragnet, Bertrand Petit, Dominique Potier, Valérie Rabault, vice-president of the National Assembly, Hervé Saulignac, and Cécile Untermaier. All the other deputies of Nupes therefore voted for this motion of censure, as well as the non-registered deputy and leader of Debout la France, Nicolas Dupont-Aignan.

"In the absence of a vote of confidence", which was not requested by the Prime Minister on July 6 during her declaration of general policy and which does not have an absolute majority in the Assembly, "we “We have no choice but to submit this motion of no confidence”, justified in their text the groups LFI, PS, ecologist and communist.

The RN (89 deputies) and LR (62) groups had made it known that they had not planned to vote for this motion of censure. Marine Le Pen repeated on Sunday July 10 that her RN group, in the midst of a quest for respectability, did not support the motion: “La Nupes does not defend the interests of the French, what they want is to blow up the Republic. "

"Everyone has been able to count themselves" and "we will now be able to work", reacted government spokesman Olivier Véran to the press, stressing that "the Nupes congress is over" and that "parliamentary work will be able to begin ".

"The moment of truth has come. This motion of no confidence will take the place of political clarification", had previously attacked the leader of the LFI group Mathilde Panot against Prime Minister Elisabeth Borne. "Those who will not vote for this motion of no confidence will be the supporters of your policy", from pension reform to "the policy of breakage and social injustice", she added in a stormy atmosphere.

The motion was conceived as a demonstration of "distrust" towards Elisabeth Borne. "You do not draw your legitimacy from legislative elections, or even from Parliament" and "you are, in this function (as head of government), a democratic anomaly", had still launched Mathilde Panot, in front of sparse ranks in particular in the majority .

Elisabeth Borne immediately retorted: "We could be acting for the French" but "instead of that, we are debating a motion of censure sewn with a trial of intent which obstructs parliamentary work". "The French are tired of sterile dialogues and the law of postures," added the head of government who last week called on the opposition to "build together" compromises in Parliament. More than 100 motions of censure have been tabled since 1958, but only one was adopted, in 1962, which brought down the government of Georges Pompidou. 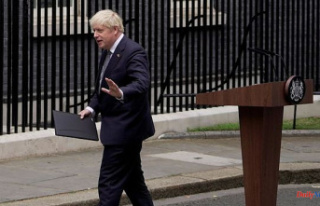 Succession of Boris Johnson: a final duel between...