Mount Kenya, mythical and decisive region in the Kenyan elections

This vast region that stretches at the foot of an extinct volcano in the center of the country is the most populated, the most influential and the most representative of the complex political mechanisms of this East African state. 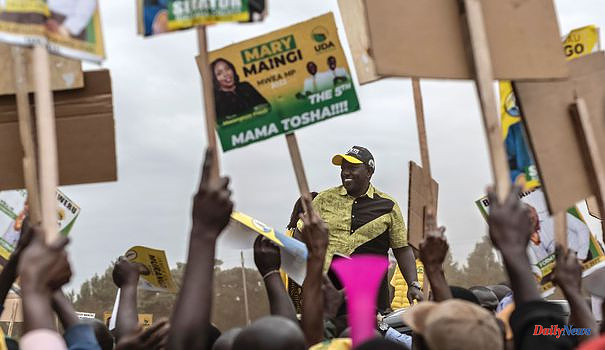 This vast region that stretches at the foot of an extinct volcano in the center of the country is the most populated, the most influential and the most representative of the complex political mechanisms of this East African state.

A must for Vice-President Ruto, who is a challenger in the presidential election on August 9 against Raila Odinga, former leader of the opposition now supported by power.

Among the few hundred supporters gathered that day in Kirinyaga County, Nancy Njeri, a modest 78-year-old rice farmer, will vote Ruto for her economic promises.

"Ruto will bring about changes in education, youth employment, he will ensure that we have fertilizer to produce our rice, and many other things," she says.

Ruto, who had been promised by President Uhuru Kenyatta to succeed him in 2022, was gradually marginalized from 2018 by an alliance between Kenyatta and Odinga.

The ambitious and sulphurous 55-year-old vice-president then prepared his candidacy across the country, and particularly in this region, under the banner of his new party, the UDA.

"The leader of the party has been accepted by the people of Mount Kenya, he has done a lot of work on the ground," Anne Waiguru, governor of Kirinyaga and UDA figure, told AFP.

Winning "the mountain" was, on paper, nothing obvious for William Ruto.

Mount Kenya is the sacred land of the Kikuyu, the largest ethnic group in the country, whose belief is that God resides in this snow-capped volcano, surrounded by valleys crumbling under mango, banana and other coffee trees.

This fertile region is also a high place of the national political heritage: it is here that was born before the independence of 1963 the resistance of the Mau Mau against the British colonial empire. A strong political consciousness persists there.

“Since that time, there has been this feeling of legitimacy among the Kikuyu” in political affairs, deciphers analyst Herman Manyora.

Three of the four presidents of independent Kenya - Jomo Kenyatta, Mwai Kibaki, and Uhuru Kenyatta, son of Jomo - come from this community which also has large fortunes and important lobbies.

"All of these factors make the Kikuyu decisive in an election, and this election is no exception," Manyora adds.

In a country marked by the tribal vote, Mount Kenya had largely voted for Kenyatta in the last two presidential elections. But today its roughly six million voters - out of 22 million - have a choice between two main candidates outside the community: a Kalenjin, William Ruto, and a Luo, Raila Odinga.

Kalenjin and Kikuyu killed each other in the nearby Rift Valley fifteen years ago, in 2007-2008, during post-election violence that left more than 1,100 dead and left a deep wound.

Odinga was for a long time the opponent of Kenyatta, who then derided him as a bad and violent man.

Certainly, the president, and the state machine, now support the 77-year-old veteran. But the Kikuyu, very attached to the concept of "kihoto" (justice, in the Kikuyu language), have now taken a dislike to this child of the country who, according to them, has not kept his commitments.

“There was this feeling of injustice, whether towards them or the promises that had been made (to them), and this about-face to go from supporting Ruto to supporting Raila”, observes academic Macharia Munene .

"We the Kikuyu, we are not told who to vote for. Uhuru is a traitor," said George Mwaura, a 38-year-old motorcycle taxi, at the Kirinyaga meeting.

Governor Anne Waiguru predicts a very large victory for the UDA on "the mountain". But Azimio la Umoja, Raila Odinga's coalition, insists that it will win a majority.

"In the worst case, I think Mount Kenya will vote for Azimio at 60%," David Murathe, vice-president of Azimio's executive committee, told AFP.

This community figure argues that the appointment as Odinga's running mate of Martha Karua, a former Kikuyu minister and magistrate known for her uprightness and pugnacity in the face of corruption, has "changed the game" for Azimio.

Analyst Macharia Munene recognizes the existence of a "Martha effect" on voting intentions in the region.

"At one point (Mount Kenya) seemed entirely pro-Ruto, six or seven months ago," he said.

"That overwhelming support has declined, it's eroded. Is that erosion enough to turn the tide? That's another question."

1 After the murder of Ayleen A.: Cybercriminologist:... 2 Interview: Ferrari chief designer Flavio Manzoni :... 3 Judith Durham: Australian folk legend is dead 4 Joe Biden: US President may leave corona isolation 5 Recipe idea: That's why mochi ice cream is one... 6 Inspiration: Wedding Anniversary Gifts: 10 Romantic... 7 Parasites: Does my dog ​​have fleas? This is how... 8 The voice from the Cologne basement: After defeat,... 9 Police operation in Dortmund: spectators were not... 10 For actors he avoids: Brad Pitt is said to be on the... 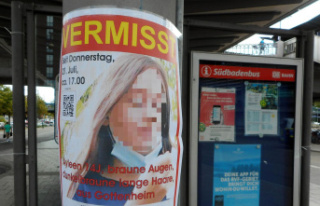 After the murder of Ayleen A.: Cybercriminologist:...