Netflix loses a million subscribers in Q2, but expects a rebound

Netflix has not said its last word: the streaming giant lost subscribers again in the second quarter, but less than expected, and is betting on a rebound this summer, giving hope to investors who feared a free fall 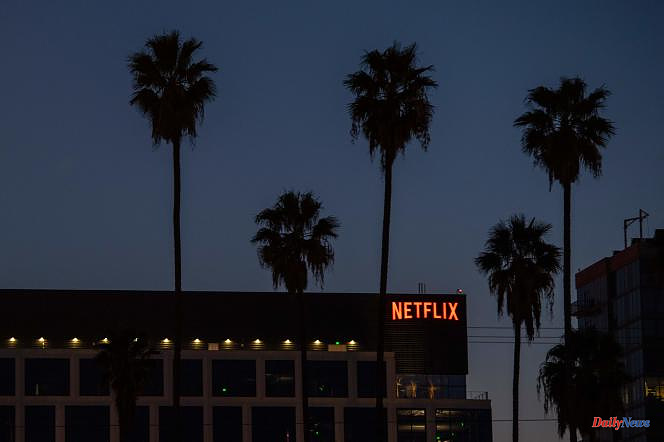 Netflix has not said its last word: the streaming giant lost subscribers again in the second quarter, but less than expected, and is betting on a rebound this summer, giving hope to investors who feared a free fall. The industry pioneer announced Tuesday (July 19) that it lost 970,000 subscribers between the end of March and the end of June, instead of the 2 million it expected.

"It's not easy to talk about success when you've lost 1 million" customers, acknowledged Reed Hastings, co-founder of Netflix. "But we are well prepared for next year," he added on a conference call. Now, 220.67 million subscribed users are registered worldwide.

In a sign that Tuesday's news reassured the market, its stock was up more than 7% in electronic trading after the New York Stock Exchange closed. The Californian group published a turnover of 7.97 billion dollars (7.78 billion euros) for the period from April to June, a result lower than expectations, which it put in particular on the account an unfavorable exchange rate. On the other hand, it made 1.44 billion in net profits, better than expected.

These performances "show that Netflix is ​​not likely to shut down at this time", reacted the independent analyst Rob Enderle. "They bought time, which they need to stop the bleeding" of subscribers, he continued. Netflix expects to regain one million subscribers in the third quarter and thus reach 221.67 million paid subscribers. A figure nevertheless still below that of the end of 2021.

To achieve this, the platform is counting in particular on the success of the fourth season of the science fiction and teenage adventure series Stranger Things, which has just concluded, and also on the imminent release of The Gray Man, a film by the Russo brothers, the directors of Avengers: Endgame, which could turn into a franchise if it wins over the public. "With 1.3 billion hours on the clock for season 4 of Stranger Things, Netflix's ability to produce successful content is not in question," noted Neil Saunders, director of GlobalData.

But "Netflix's model is not as relevant to generating growth in a changing economy and consumer society," he added. After years of rapid conquest, and after taking full advantage of the pandemic and health restrictions, Netflix is ​​undergoing a correction effect, amplified by the competition that has saturated the market in recent years. Added to the loss of subscribers is an unfavorable economic context, from the war in Ukraine to inflation and the strong dollar.

"Netflix remains the leader in video streaming but if it doesn't find more franchises that resonate widely, it will eventually struggle to stay ahead," commented eMarketer analyst Ross Benes.

A new subscription, cheaper, with advertising, in 2023

In the first quarter, the service had lost 200,000 subscribers worldwide compared to the end of 2021. The news had caused its stock price to plunge by 25%.

The bosses of the platform then announced, in April, their intention to offer a cheaper subscription formula but with advertising, after years of refusing this less prestigious solution.

“Given the strong demand from brands, this product should increase their revenue per user. But there is no evidence that this will slow down subscription cancellations or attract enough new consumers,” insisted Ross Benes. Last week, the company clarified that the new subscription would be in addition to the three options already available ("essential", "standard" and "premium"), the cheapest being at $10 per month in the United States. She hopes to launch the formula for the beginning of 2023.

In April, Netflix also announced that it was going to tighten the screw on the side of the sharing of identifiers and passwords, which allow many people to access the content of the platform without paying.

A system should be “implemented next year as planned,” confirmed Greg Peters, the operations manager. The slowing growth of the platform has also translated into layoffs: more than 400 employees have been laid off in the past quarter, mainly in the United States. But the group still continues to invest in content production: it announced the acquisition of Australian animation studio Animal Logic, which has some 800 employees.

1 Dominique Boutonnat kept at the head of the CNC, despite... 2 American director Tim Burton winner of the Lumière... 3 Tour de France 2022: Tadej Pogacar fails to solve... 4 Sailing: François Gabart and the Ultime class, the... 5 Who is really Marion Rousse, the great lady of the... 6 Women's Euro 2022: a two-speed first round 7 Football Euro 2022: the English dream of a final and... 8 Wilfried Happio misses out on feat in 400m hurdles... 9 Women's Euro 2022: in England, a contrasting... 10 World Championships: Alison dos Santos succeeds Karsten... 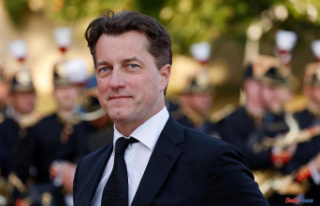 Dominique Boutonnat kept at the head of the CNC, despite...