New government in Paris: Macron relies on a woman in the foreign office

In future, France will be represented abroad by Foreign Minister Colanna. 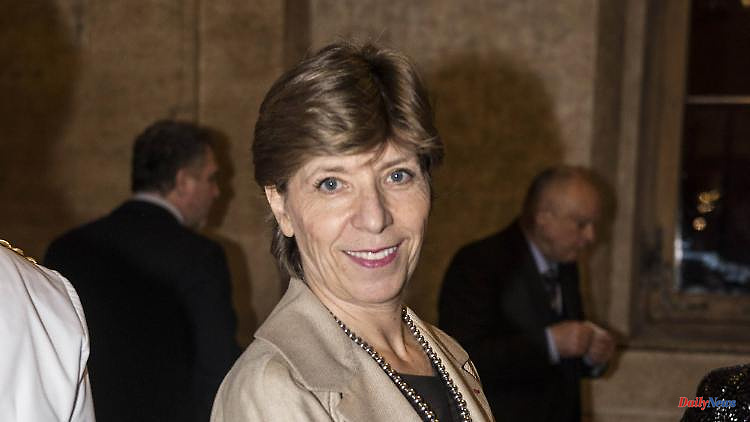 In future, France will be represented abroad by Foreign Minister Colanna. A few weeks before the parliamentary elections, President Macron, who has just been re-elected, is presenting his government team. The Ministry of Defense is also being reshuffled.

France has a new government three weeks before the parliamentary elections. In the midst of Russia's war of aggression in Ukraine, both the foreign and defense ministries were reshuffled. President Emmanuel Macron appointed the previous ambassador to London, Catherine Colonna, as the new foreign minister. She is only the second woman to head the French foreign ministry. She was previously, among other things, spokeswoman for President Jacques Chirac and ambassador in Rome.

35-year-old Sébastien Lecornu will be the new defense minister. He was previously responsible for overseas territories. He replaces Florence Parly - a demanding post amid the Ukraine war, in which France is supplying arms to Kyiv and wants to lead the NATO operation in Ukraine's neighboring country Romania.

State Secretary Clément Beaune, who is responsible for Europe, will retain his portfolio but will be promoted to Minister. As the colleague of the Green Minister of State Anna Lührmann, he was previously also responsible for Franco-German relations and played a key role in shaping Macron's European policy.

The cabinet also includes several politicians with a migration background: These include Minister of Culture Rima Abdul Malak, who spent her childhood in Lebanon. Education Minister Pap Ndiaye, on the other hand, is a historian with Senegalese roots and specializes in the history of minorities.

The Ministry of the Environment is being restructured: the previous Minister for Public Service, Amélie de Montchalin, will be responsible for environmental policy in the future. Agnès Pannier-Runacher, previously Industry Minister, is to take care of the energy transition. However, Prime Minister Elisabeth Borne, who was appointed on Tuesday, will have the authority to set guidelines for environmental policy.

Some government heavyweights remain in their posts, notably Economy Minister Bruno Le Maire, Interior Minister Gérald Darmanin and Justice Minister Eric Dupond-Moretti. The 43-year-old Olivier Dussopt, who takes over the Ministry of Labour, is to take care of the pension reform. He belongs to a left-wing splinter party. The former faction leader of the Republicans Daniel Abad comes into the cabinet as a defector from the right. He was appointed Minister of Solidarity.

The opposition criticized the cabinet reshuffle. "A right-wing government that makes fun of the environment and social issues," wrote Green Party leader Julien Bayou on Twitter. According to right-wing populist Marine Le Pen, the new government represents "Macron's incompetence and arrogance". All those who failed retained their positions, she explained. Left-wing populist Jean-Luc Mélenchon, who had put himself forward as prime minister, was convinced that the government would be completely reshuffled after the parliamentary elections. "The majority in parliament will change in a month," he declared with confidence, which, however, cannot be deduced from the polls.

Macron, who was re-elected about four weeks ago, wanted to appoint a new government to send a signal for a new political start with a view to the parliamentary elections. It is expected that the cabinet will be expanded after the general election on June 12th and 19th. 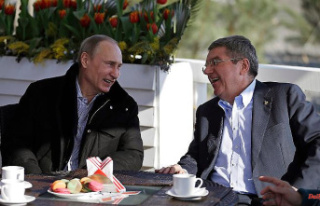