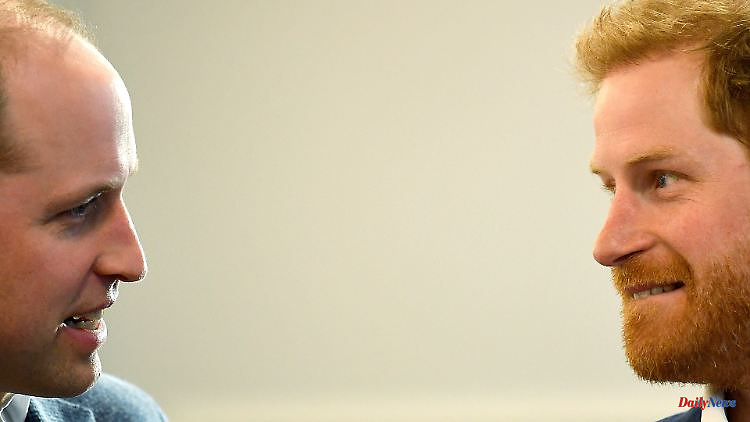 Violence, alcohol and betrayal in the British royal family: New spicy details about Prince Harry's broken relationship with Prince William are revealed almost every hour. Harry hardly leaves a good hair on his older brother and heir to the throne. Can the relationship still be saved?

Ever since British Prince Harry left service for the royal family and his subsequent move to the USA almost three years ago, it has also become apparent to outsiders that the relationship with his brother, who is now heir to the throne Prince William, had suffered a serious crack. With Harry's latest revelations about William in interviews and excerpts from his autobiography, which is due out on Tuesday, British media agree that reconciliation seems hard to imagine.

The book bears the telling title "Spare" (German title: "Reserve") in allusion to the rule "an heir and a spare", according to which the British royal family always needs two male descendants - the heir to the throne and a younger brother as a reserve in the case of adverse circumstances. In an interview ahead of the book's release, Harry told ABC that this rule shaped the brothers' relationship: "Oddly enough, there was always this competition between us. I think it really ties into this 'heir/spare' thing together."

Among other things, Harry accuses his brother of not actually being best man at his wedding to Kate in 2011. He was forced to play along with the "outrageous lie," writes the "Mirror," citing an excerpt from Harry's memoirs. He was supposed to be used for the big show to spare his brother's two best friends public interest in their person. The traditional best man speech at the wedding reception would have been Williams' friends James Meade and Thomas van Straubenzee. He himself was demoted to moderator, who was only allowed to present the two. The episode raises questions about how long the rift between the once inseparable brothers has lasted, wrote the "Mirror".

According to Harry, just hours before his wedding, William was "dizzy from last night's rum". Harry recalled saying to his brother, "You smell like alcohol." He offered him mints and rolled down the window of the car in which the two were sitting.

According to Harry's description, the brothers have become completely estranged through their relationship with his current wife, the US television actress Meghan Markle, whom he married in 2018. As the British "Guardian" reported, citing excerpts from Harry's autobiography, the dispute over his relationship with Meghan even led to physical violence. William grabbed him by the collar in 2019, breaking his necklace and pushing him to the ground.

"I saw this red haze on him," Harry told ITV about an apparently short-tempered William - a description that stands in sharp contrast to the public appearance of the heir to the throne. "Harry paints the picture of an irascible future king who can lose control," states the Guardian.

The Times found that William would find it difficult to get rid of the allegation of physical violence: "He will always be the prince who attacked his brother." And the "Daily Telegraph" speculates that it was apparently Harry's intention to "destroy William".

Royal expert Robert Jobson compares the break between the brothers to that between King George VI. and his older brother, former King Edward VIII, who abdicated in 1936 because of his relationship with ex-US citizen Wallis Simpson. From his point of view, the rift between Prince William and Harry cannot be repaired, Jobson wrote in the "Sun". This means that Harry, like Edward then, is now more or less an exile.

William and Harry were born 40 and 38 years ago, respectively. They attended the same schools and share the trauma of their mother Diana's early accidental death. Both served in the military and have long formed a common front, speaking out together on issues such as mental health. Harry's relationship with William's longtime friend and current wife Catherine also seemed intimate.

But everything changed with Harry's marriage to Meghan. Harry decided to bid farewell to royal duties and moved to California. In his famous interview with talk show legend Oprah Winfrey, Harry said he and his brother were "on different paths"; William is "trapped" in the royal system.

As quoted by the Guardian from Harry's book, today's King Charles III. his sons at a meeting after his father Prince Philip's funeral in April 2021 to settle their dispute: "Don't make misery out of my last years," Harry quotes the 74-year-old as saying. When asked what her mother Diana would think about the breakup, Harry told ABC, "I think she would be sad."

"They were so young when they lost their mother, but at least they still had each other - and now it seems they don't even have that," the Guardian writes.

1 "A wonderful actor": "Terminator"... 2 Saxony: CDU calls on the federal government to commit... 3 Mecklenburg-Western Pomerania: robbers attacked a... 4 London sees no change: fighting in Ukraine continues... 5 A confusing step, nothing else: Putin uses the "ceasefire"... 6 What investors need to pay attention to: Outlook 2023... 7 Ronaldo gone, Rashford shines: "Unstoppable"... 8 Air India admits mistake: manager arrested after peeing... 9 The "crime scene" in the quick check: Broken... 10 Bavaria: Hiking instead of skiing on the last holiday... 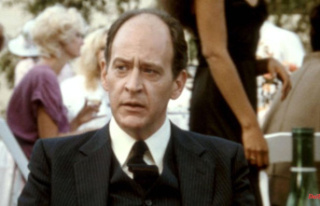