With "Love Addicts", an eight-part dramedy series is starting on Amazon Prime, which sees itself as the German answer to the Netflix success "Sex Education", as announced in an associated press release. 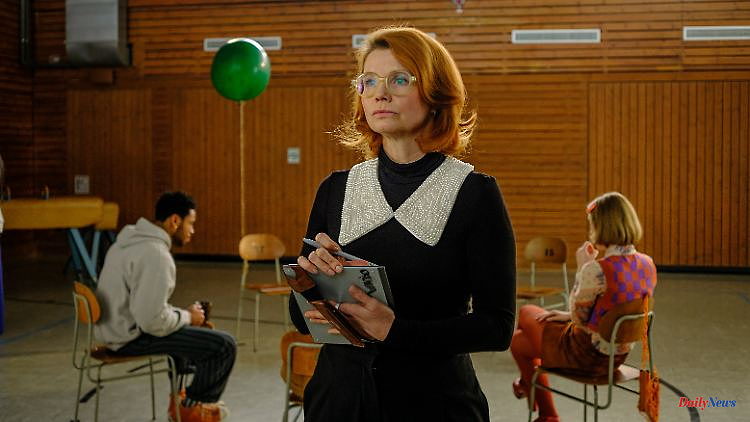 With "Love Addicts", an eight-part dramedy series is starting on Amazon Prime, which sees itself as the German answer to the Netflix success "Sex Education", as announced in an associated press release. This sentence, which was introduced for advertising purposes, would certainly not have been needed at all, since "Love Addicts" not only speaks very openly about sex, but above all for itself. On the one hand, this is due to the team around head author Julia Drache and the directing work of Janosch Chávez-Kreft and Arabella Bartsch, but also to the actors.

At the center of "Love Addicts" are four twenty-somethings from a sex and love addiction therapy group who find themselves in one absurd situation after the next. They are plagued by very different problems. Sometimes it's about female dominance and a lack of real feelings, sometimes about sex against the inner emptiness or pathological romanticizing. The sessions are chaired by Anja, played by Annette Frier. Their revealing patient Zoé plays newcomer Malaya Stern Takeda. The two talk to ntv.de, among other things, about their own education, the myth of the hymen, as well as sex and masturbation in front of the camera.

ntv.de: Malaya, what particularly appealed to you about the role of the very open-hearted Zoé?

Malaya Stern Takeda: I was interested in the character because it's so ambivalent, a contradiction in terms. She also has longings and pain. It's also special for me because it's my first big role. Just because of my appearance, I often get really stupid inquiries that are very flat and striking. Then I feel like some weird projection screen. This was one of the first great deals that didn't just say "East Asian young woman" in the description.

Annette, you play the therapist for four sex and lovesick twenty-somethings, including Zoé. What convinced you about the storyline?

Annette Frier: Well, it took a while for me. I just freaked out a bit. I found the subject of addiction exciting, but you are automatically responsible. Telling that in an entertaining way is not an easy task... I found the drop height interesting. It was immediately clear to me that really strong actors and actresses are needed so that you stick with it and it doesn't just remain a claim. That's all exaggerated, condensed with 25 minutes per episode. Then I looked at the colleagues for the four main roles and said: "Yes, I'll take part in that." The four convinced me because they are just really good.

Takeda: But you're totally okay too. (laughs)

Malaya, can you personally identify with the sexualized Zoé?

Takeda: The role is very open, but I'm not. Actually, I'm more of a Nele (another character in "Love Addicts" - editor's note). I like romance. My friends are also on all these dating apps, and I haven't downloaded them once. So yes, once - for the role. To see how does it work and what does it look like? I was totally overwhelmed. So I can't really represent this generation of youngsters so blatantly now, that scared me.

Takeda: I think I would have liked to see a character like that before, especially in a cast that looks like me. Zoé is not sexualized from the outside, she sexualizes herself when she feels like it. I think that's cool.

Especially when it comes to sex, it can get embarrassing in front of the camera or in the end result. It's not like that with "Love Addicts"...

Frier: That's why you have to think very carefully at the beginning whether you want to take part. It's insanely difficult to film sex well. If you don't have enough time, it quickly looks like shit. And there were a lot of discussions so that you really get the time you need at the right moments. I think it worked out very well overall, also because it was all discussed beforehand and taken seriously. So that the indecent remains decent and you get a kick out of it - in the best sense of the word. It's only superficially about sex. It's actually about four people who are searching and want to be loved.

Takeda: You have to have faith to commit to it. We were very lucky with the intimacy coordinator. And I come from the theater, I'm used to rehearsing. I tried that too. I played around with this balloon for an hour and then I sort of figured out where to go and how comfortable I was with it.

Eleven million people use Tinder alone, plus various other dating apps. Doesn't that make love - the actual subject of the series - a disposable product? Or does it simply make the initiation easier?

Frier: Malaya already has a great love, so she cannot answer this question. She's a very romantic person and I'm a witness to it all. Malaya loves Kurt Kromer. There's been a lot of blood rushing to her cheeks in the last few months.

Frier: I don't want to ignore your actual relationship. But I think he knows, right?

Takeda: I've now bought a book with an exchange of letters between Ingeborg Bachmann and Paul Celan. I would like to read that together with Kurt Krömer.

Maybe he'll read this interview here and get in touch with you. But going back to sex from your romantic love for Kurt - do you remember how you were enlightened?

Takeda: I only know that once my mother said at the dinner table: "Use a condom!" I was 15 then. It was like: "She knows anyway." She said that with all her love, even if it doesn't sound like it now.

Frier: My memory is rather diffuse. I would say it was a little bit my mother, definitely not my father, a little bit the TV and secret talks with other girls. But my last enlightenment wasn't that long ago. I got a call from a former school friend who runs the Muslim women's association "Holla!" in Cologne. I took part in a workshop there that dealt with humor and feminism. Before that, this friend of mine said to me, "But we're also going to talk about the hymen that day. Are you enlightened? You know that the hymen doesn't exist?" That's when I really got into swimming.

To be honest, I haven't bothered with the subject since the late 80s. Is there any news?

Frier: Certainly! She gave me a bunch of information about it. I'll take this opportunity here, folks: there's no such thing as a hymen. It's the myth of the hymen that I grew up with. Operations, for example, for young Muslim women, which are also carried out in German clinics, among other things, to restore the hymen... They might use something that gives you the feeling that something is there again. But there was never anything. A woman bleeds the first time she has sexual intercourse because of minor injuries. This has nothing to do with the so-called hymen.

Malaya, did you know that?

Zoé conveys a very self-confident way of dealing with the subject of sex - something that has long had a male connotation. How important is it to finally and finally break down these role clichés in films and series? Telling women differently than has been usual up to now?

Takeda: That was everyone's concern. There was never any discussion about how to do it, everyone wanted to go in the same direction. I was wondering if everything on my body had to be perfectly smooth for Amazon. I then asked and they said: "Just do what you feel like doing." That was cool. I don't know if you will see it. I've watched all eight episodes but haven't noticed my armpit hair. (laughs)

Frier: There's still a lot of room for improvement. It's not like the awesome script comes in every day and I'm wondering how I'm supposed to shoot it all. Something is definitely happening, but there is still a lot of uncertainty. The old issues are not off the table yet, they still have to be fought out.

"Love Addicts" will be available on Prime Video from November 30th.

1 Strict limits apply: profit from the sale of the apartment... 2 System from Mercedes-Benz: KBA approves driverless... 3 Baden-Württemberg: Autumn 2022 in Baden-Württemberg... 4 Bavaria: Forbidden diesel dispenser discovered in... 5 Bavaria: Autumn at least the third warmest since records... 6 Hesse: 55-year-old driver turns in the highway tunnel 7 Hesse: Woman admitted to the clinic after being attacked... 8 Hesse: Process for rival groups and robbery: prison... 9 Hesse: Annual charts from Spotify: Luciano in Hesse... 10 Thuringia: process of robbery in Erfurt: the accused... 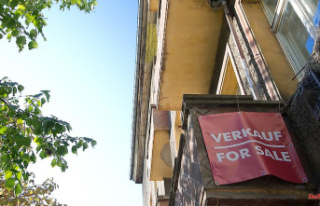 Strict limits apply: profit from the sale of the apartment...