No all-clear: forest fires in Saxony continue to rage

With the forest fires in Saxon Switzerland and in the north of the Free State, the situation remained tense over the weekend. 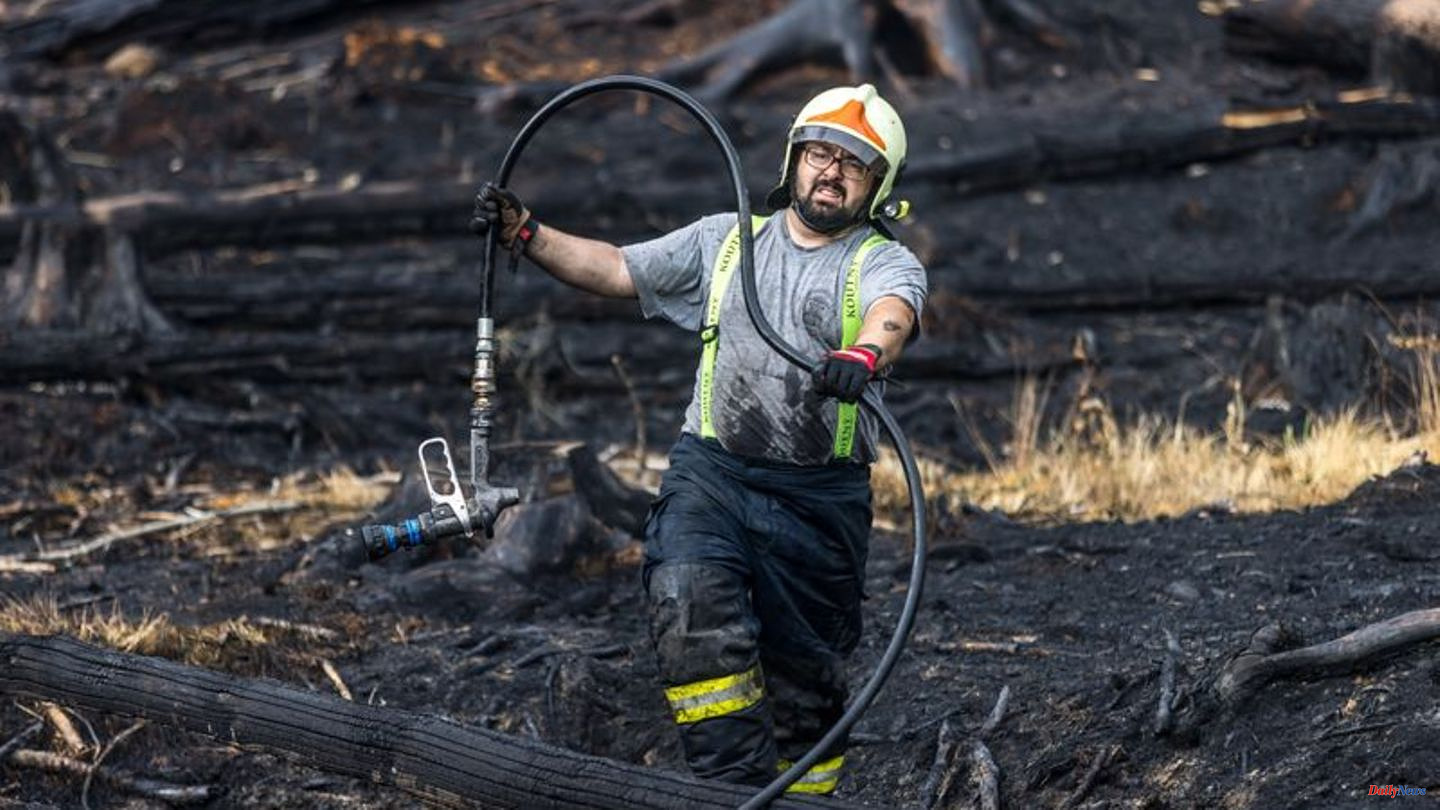 With the forest fires in Saxon Switzerland and in the north of the Free State, the situation remained tense over the weekend. The hoped-for continuous rain did not help the firefighters.

Only on Saturday did it rain for about a quarter of an hour in the Elbe Sandstone Mountains and a little longer in northern Saxony. The only effect was that smoke rose from glowing nests because of the precipitation and they became visible, said Thomas Kunz, spokesman for the Saxon Switzerland-Eastern Ore Mountains district.

The deployment could take weeks

"If the weather doesn't change, there's no chance of improvement." An end to the operation is not in sight. "We no longer calculate in days, we calculate in weeks." Meanwhile, the forest fires continued to rage in the south of Brandenburg and in the Czech Republic and demanded everything from the fire-fighting crews.

According to Kunz, the fire in the rear part of Saxon Switzerland has, as expected, penetrated up to half a meter deep into the humus layer of the soil and is spreading there. Therefore, attempts are now being made to erect barriers on forest paths, for example.

"To do this, the ground is torn open and a mixture of water and a so-called wetting agent is introduced," explained the district spokesman. The resulting foam can penetrate the soil better. Sachsenforst employees are in the process of pulling apart dead wood from adjacent forest areas. In addition, rangers from the Saxon Switzerland National Park are on site to support emergency services with their local knowledge.

According to the district office, 360 people were on duty on Sunday morning, and the number should be increased to 500 during the day. "You are dealing with a very dynamic fire, which makes the situation so complicated, said Kunz. There are 14 on site Fire-fighting helicopters and two helicopters present to investigate the fires.

There is also a fire in the Czech Republic

The fire broke out in the Bohemian Switzerland National Park in the Czech Republic last weekend and spread to the Saxon Switzerland National Park on Monday. An area of ​​around 150 hectares is now affected - an area as large as the island of Helgoland. Disaster alert applies to Bad Schandau and Sebnitz. Four firefighters have been injured on the Saxon side so far, two of them had to be hospitalized.

On the Czech side, the extent of the fire is even greater: there the flames are raging over an area of ​​a good 1000 hectares, 750 firefighters from all over the Czech Republic are on site. "Because of the challenging terrain, the work is progressing relatively slowly," said a spokeswoman for the emergency services on Sunday on CT public television. So far, eight emergency services have been injured on the Czech side, several of them seriously.

Saxony's Prime Minister Michael Kretschmer (CDU) drove to the Arzberg fire area in the North Saxony district on Saturday. A forest fire is raging there on the border between Brandenburg and the Free State. Kretschmer encouraged the people in the affected areas: "We stick together here. We will overcome this serious crisis - I'm quite sure of that."

The forest fire at the national border was not banned even on the seventh day after the fire broke out. According to the district, the forces in the Elbe-Elster district in southern Brandenburg were increased from 160 to 250. They continue to fight ember nests on 500 hectares. Firefighters have feared the fire would flare up for days. Some help brought rain, which soaked the ground about two inches deep. At the same time, the precipitation showed hot spots on the outskirts, because particularly heavy smoke developed there.

1 UKE virologist Addo on lockdowns in autumn and who... 2 "I'm so scared": the life of Ukrainians... 3 Fuel prices: what aid, for whom and until when? 4 Party for Boris and Carrie: Johnsons celebrate wedding... 5 DFB-Pokal: Schalke and Sandhausen progress, Fürth,... 6 "The Voice of Germany": Mark Forster praises... 7 Til Schweiger about Tina Ruland: He raves about his... 8 JLo: Jennifer's ex-husband lashes out at Bennifer... 9 Recovery stops: Chinese are increasingly avoiding... 10 Bad F1 debacle for Ferrari: Verstappen brutally smothers... 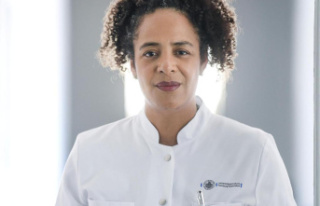 UKE virologist Addo on lockdowns in autumn and who...