Hansi Flick has formulated a clear goal for 2022: the world champion title should be at the end of the year. 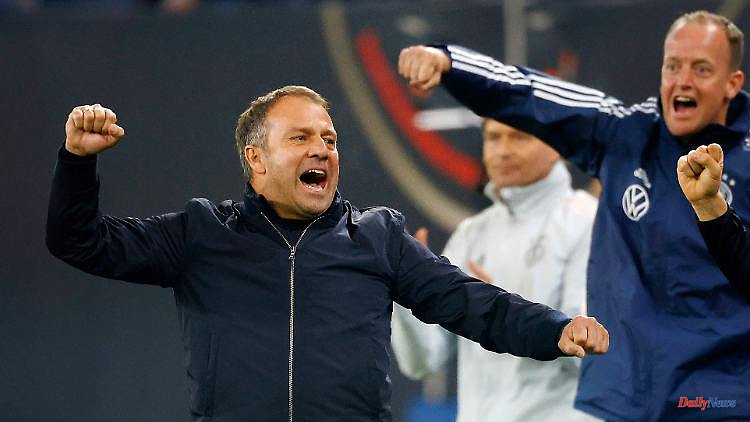 Hansi Flick has formulated a clear goal for 2022: the world champion title should be at the end of the year. Accordingly, all measures are geared towards the tournament in November and December. That causes hardship.

National football coach Hansi Flick is already sending clear signals for the World Cup in Qatar with the 26-strong squad for the upcoming Nations League games in June. In the games against teams such as European champions Italy and the European Championship finalists England, Flick no longer tests newcomers, but relies fully on established players and those who have not returned from the last games in March, such as Joshua Kimmich, Leon Goretzka, Serge Gnabry, Niklas Süle and Marco Reus , Jonas Hofmann, Karim Adeyemi and Lukas Klostermann.

"This is not a final squad for the World Cup. The door is open," said Flick in a media round. But the 57-year-old also emphasized: "The squad that is there now is the measure of all things in terms of trunk." This is a clear indication to some World Cup candidates. Players such as last year's European Championship participants Matthias Ginter (Mönchengladbach) and Robin Gosens (Inter Milan) are missing from the squad, which will initially meet on Monday for a short training camp with family members in Marbella, Spain.

Matthias Ginter, world champion of 2014, had fallen behind at Borussia Mönchengladbach at the latest when he announced his departure in the summer. Robin Gosens, who had made himself a shooting star in the DFB team with courageous performances at the 2021 European Championship, is also missing from the squad for the upcoming top-class international matches. The full-back has not played three times since moving to Italian top club Inter Milan for the winter and suffered from a thigh injury for months during the winter.

Florian Neuhaus from Gladbach and Christian Günter from Freiburg were not invited this time either. Paris Saint-Germain's Julian Draxler is currently injured. For goalkeeper Marc-André ter Stegen, who is scheduled to take a break in the summer, Hoffenheim’s Oliver Baumann is the third keeper alongside captain Manuel Neuer and Frankfurt Europa League winner Kevin Trapp. Even after his strong performance in the final on Wednesday evening in Seville against Glasgow Rangers, Flick confirmed that 31-year-old Trapp was in "outstanding form" and developing very well.

After the training camp in Spain (May 23-27), Flick gives his squad two days off. On May 30th, the DFB selection will come together in Herzogenaurach to prepare for the four Nations League games in Bologna against Italy (June 4th), in Munich against England (June 7th). ), in Budapest against Hungary (June 11) and in Mönchengladbach again against Italy (June 14). "These games are a great opportunity for us to show how far we've come," said Flick, looking ahead to the World Cup finals in Qatar, which begin on November 21.

1 "Must not be funded": Human Rights Institute... 2 Civilian shot dead in car: Russian soldier asks widow... 3 "Inhuman" theologian: Wrong vaccinator has... 4 Action on the red carpet: Tom Cruise pimps up the... 5 After criticism of Russia's attitude: Former... 6 Two lows let it rip: "Most dangerous thunderstorm... 7 First pitch storm, then attack: Fan has to go to jail... 8 Cooperation with universities: China uses German research... 9 Critics see FIFA as an obligation: The 420 million... 10 Do I need beard oil to care for my beard? 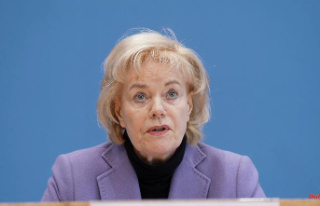 "Must not be funded": Human Rights Institute...