Nord Stream 1 : Scholz: gas turbine can be delivered at any time 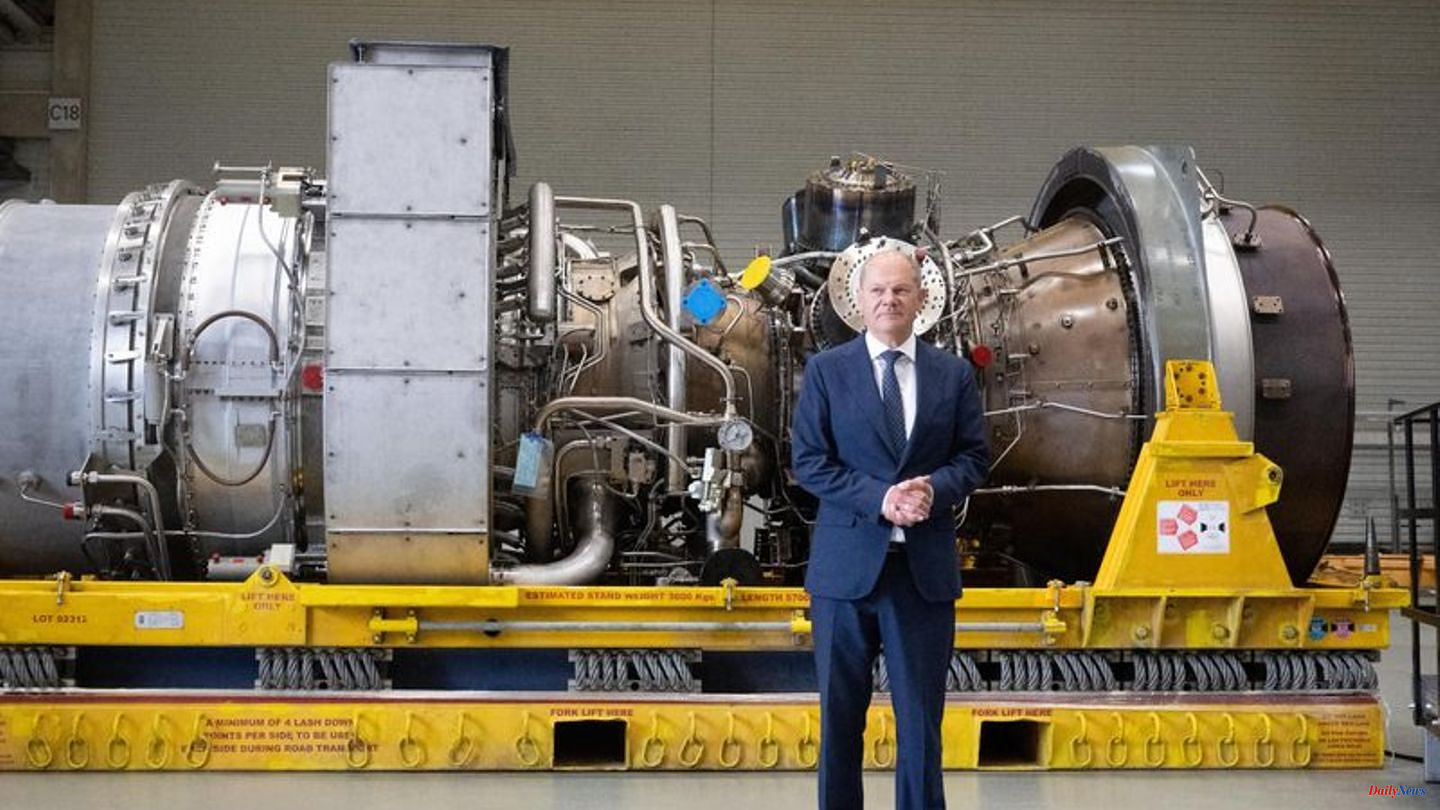 Chancellor Olaf Scholz indirectly accused Russia of using pretexts for the lack of gas deliveries. The turbine for the Nord Stream 1 pipeline can be used at any time and can be delivered, said the SPD politician on Wednesday during a visit to the energy technology group Siemens Energy in Mülheim an der Ruhr. The machine is temporarily stored there on its way from Canada to Russia. According to Economics Minister Robert Habeck (Greens), the unit has been in Germany since July 18.

"The turbine is there, it can be delivered, someone just has to say I want it, then it will be there very quickly," emphasized Scholz. Nothing will then stand in the way of gas transport through Nord Stream 1. "It is obvious that nothing, absolutely nothing, stands in the way of the onward transport of this turbine and its installation in Russia." The reduction in gas supplies via Nord Stream 1 and the failure to fulfill gas supply contracts have no technical reasons, the Chancellor said.

Not only is the turbine in perfect condition, there are no gas sanctions against using it. In view of the Russian war in Ukraine, however, one must be aware "that there can be any pretended reasons put forward at any time that lead to something not working," said the Chancellor.

Scholz said there was "significant capacity at Nord Stream 1". There is no shortage of opportunities to fulfill all the contracts that Russia has concluded for the whole of Europe with the help of this pipeline and the Ukraine pipeline, which is also still in operation. It should not be forgotten that there is still a pipeline through Belarus and Poland that has been in operation for decades. "Russia itself has decided to sanction the pipeline."

Since June, Russia has cut back gas supplies via Nord Stream 1. The energy company Gazprom justified this with the missing turbine. It is important to build up the pressure required to pump the gas through. Gazprom repeatedly accused its contractual partner Siemens Energy of not having sent the necessary documents and information to repair the machine. Siemens Energy rejected the allegations.

Russia reiterated its view on Wednesday. The turbine is now in Germany, but Gazprom, as the owner, still lacks the necessary papers, Kremlin spokesman Dmitry Peskov said, according to the Interfax news agency. Gazprom said on its Telegram channel that the return of the turbine is not possible under the sanctions conditions given the actions of Siemens.

Like Scholz before her, Federal Foreign Minister Annalena Baerbock thanked Canada for the delivery of the serviced turbine during her first visit. "As a government, you stood up for European solidarity," she said in Montreal after meeting her counterpart Mélanie Joly. "Together we exposed the Russian President's bluff."

Canadian Foreign Minister Mélanie Joly defended the delivery against criticism from Ukraine, among others. It is clear that Russian President Vladimir Putin is waging a "hybrid war". "Putin wanted to sow division in our alliance." You didn't want to allow that.

Siemens Energy CEO Christian Bruch said in Mülheim that the serviced turbine was actually only intended for reinstallation in September. At the Portovaya gas compressor station there is still an identical spare part, "which is there and could be installed now". However, Gazprom usually only does this when the next spare part is already on the way. "From our point of view, everything that can be done is prepared." One tries to make clear to Gazprom every day. "There is still a dialogue with Gazprom, and the issues of what is actually missing and what is not are still being clarified."

The turbines drive compressors that build up the pressure needed to transport the gas through the pipeline. According to Bruch, there are six large turbines for both Nord Stream 1 lines in Portovaya in addition to two smaller turbines. "You need five of these turbines so that 100 percent power is generated. One of them is running today. That's why we're at 20 percent." From a technical point of view, one cannot understand why there should not be any operational readiness.

With his visit to Mülheim, he wanted to "demystify" the debate, said Scholz. He thought it might make sense "if we take a look at it together so that you can see that it really exists, it's here, it's ready for action". "And by the way, in the world we live in today, it's very easy to transport them. Only one person has to say: Please send them on."

1 With these new Corona rules, the anger is programmed 2 Taiwan, submission or war? The island at the heart... 3 Stock exchange in Frankfurt: Significant gains in... 4 Darmanin postpones the immigration bill, at the request... 5 After three days of search: Run over by a motor boat:... 6 Cologne: eviction escalates: police shoot tenants 7 "Farewell to Uwe Seeler": The first and... 8 Amazon Freevee: Streaming service launched in Germany 9 Stock exchange in Frankfurt: Significant gains in... 10 Economic policy: The EU Commission wants to protect... 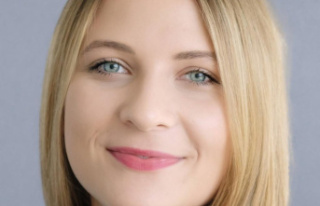 With these new Corona rules, the anger is programmed