With their move to Windsor, Prince William and Duchess Kate hope that their three children can lead as normal a life as possible. 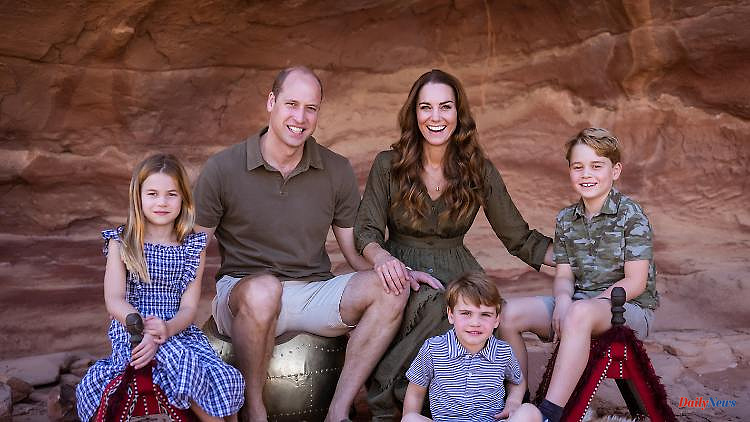 With their move to Windsor, Prince William and Duchess Kate hope that their three children can lead as normal a life as possible. The future king even wants to take George, Charlotte and Louis to school himself.

Prince William and Duchess Kate are apparently determined to enable their children to grow up as normally as possible. From now on, this should also include Papa William personally taking his children to school every day. This is reported by the British newspaper "The Sun". The family, with their three children - nine-year-old George, two years younger than Charlotte and four-year-old Louis - are in the middle of preparing to move from London to Windsor to get away from the royal hustle and bustle of Kensington Palace.

From September the three siblings will attend the private Lambrook School near Ascot in the county of Berkshire. The facility is around 15 minutes' drive from her new home. The family of five moves into Adelaide Cottage, a smaller house on the royal estate surrounding Windsor Castle.

The cottage has only four bedrooms and is considered very modest - at least by the standards of a future British king. However, due to the ongoing crisis over rising living costs and the fact that the royal couple already have three other homes, supporters of the "Republic" campaign described the move as "shameful".

William and Kate's offices will remain in London, where the couple is expected to work several days a week. William's decision to take his children to school himself is also said to be based on his own experiences. As a schoolboy, the 40-year-old felt lonely and isolated from his family - despite all the privileges. Prince William has now forgiven his father Prince Charles for this, but does not want that to happen again.

Prince Charles has been accused by many insiders of placing his royal duties well above his father's role after the death of Princess Diana in 1996. William made it unmistakably clear to the direct heir to the throne that his most important role was that of his father. At least until his children are out of the woods. A move out of Kensington Palace should be seen as a clear sign of this.

1 "She was stunning": Duchess Kate travels... 2 (Almost) an interview with kangaroo: Conspiracy myths... 3 Ronja Forcher aka Lilli Gruber: The "Bergdoktor"... 4 Sophisticated folding smartphone: The Samsung Galaxy... 5 Energy talk at "Hard but fair": Dürr sees... 6 Car thieves steal cell phones ?: Jauch desperate for... 7 Warentest makes the household: These tumble dryers... 8 Comparison with gas: How much cheaper is heating with... 9 After separation: who can stay in the apartment? 10 Partial retirement and Co.: Early retirement must... 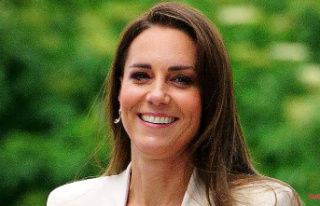 "She was stunning": Duchess Kate travels...