Langenfeld (dpa / lnw) - Once again in North Rhine-Westphalia, a senior citizen was cheated out of thousands of euros with the perfidious "shock call" scam by strangers. 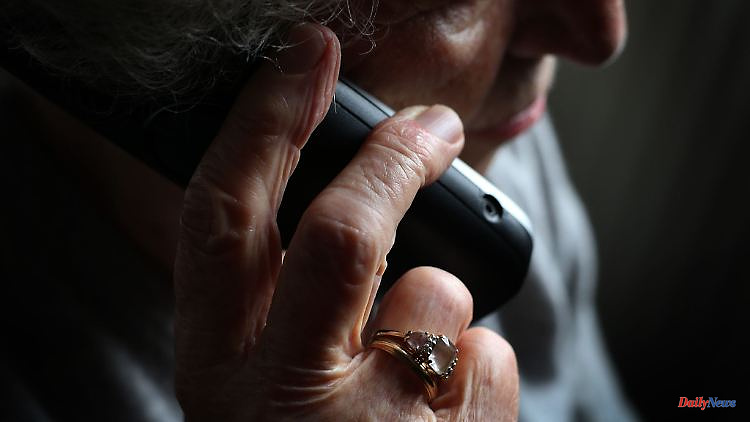 Langenfeld (dpa / lnw) - Once again in North Rhine-Westphalia, a senior citizen was cheated out of thousands of euros with the perfidious "shock call" scam by strangers. The 87-year-old from Langenfeld was informed by an alleged police officer on Friday that her grandson had caused a fatal traffic accident, the police said on Saturday. The caller demanded bail from the woman so that the grandson would avoid imprisonment. The senior then took the five-digit amount of cash out of the safe deposit box in her bank and gave the money to an unknown woman at her apartment in the Mettmann district.

According to the information, the alleged policeman stayed on the phone the entire time until the money was handed over. Only after the handover did the elderly inform relatives, who in turn called the police. An immediately initiated search for the unknown woman was unsuccessful, the police said. The police again warned against this scam and emphasized that the police never call people and instruct them to collect money from the bank.

1 Baden-Württemberg: Disaster control exercise in the... 2 Danger of encirclement: Russia gives up the strategically... 3 "I see it that way now too": Lauterbach... 4 Protest against corruption: Thousands of Iraqis call... 5 Von der Leyen cheers at the ceremony: New pipeline... 6 Minimum wage rises to 12 euros: "For many, the... 7 Record winner Vettel out in Q2: Max Verstappen lurches... 8 After suspension of Ukraine: Russian IBA boss demands... 9 Mecklenburg-Western Pomerania: Bicycle thieves caught... 10 Bayern: Sunnyi Melles and her family's nerves 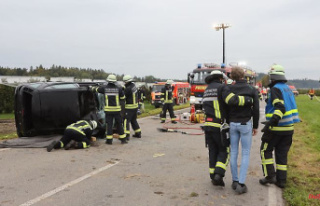 Baden-Württemberg: Disaster control exercise in the...