North Rhine-Westphalia: A45 bridge Rahmede should be blown up in December

Lüdenscheid (dpa / lnw) - The dilapidated Rahmede motorway bridge on the A45 near Lüdenscheid should be blown up in December if possible. 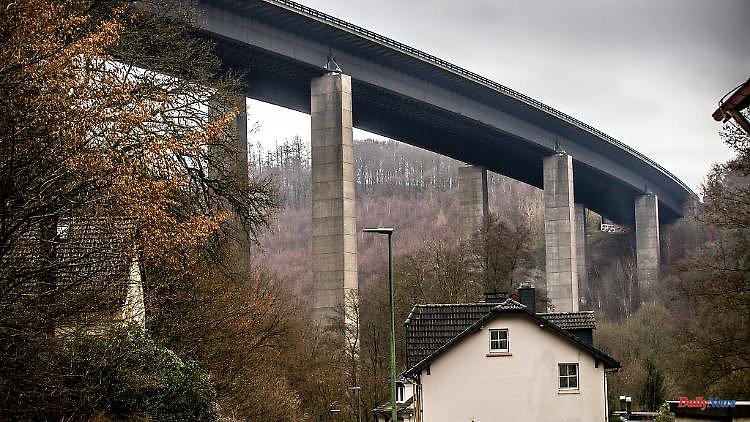 Lüdenscheid (dpa / lnw) - The dilapidated Rahmede motorway bridge on the A45 near Lüdenscheid should be blown up in December if possible. The tender for the blasting of the viaduct has now started across Europe, said the Westphalia branch of Autobahn GmbH on Thursday. So far, there has always been talk of a blast by the end of the year, but without a specific time window, said a spokeswoman. Companies can submit their bids by the end of July, after which the blasting order will probably be awarded in August.

According to the announcement, Federal Transport Minister Volker Wissing (FDP) again emphasized that the viaduct should be replaced with a new building as quickly as possible. An important step has now been taken to quickly close the existing gap in the network of federal motorways.

Autobahn GmbH emphasized that companies wishing to apply must have sufficient experience in the blasting demolition of large bridges. The blasting is a big challenge because the building is located in an "almost alpine terrain". In addition, there are residential buildings and companies in the immediate vicinity below the bridge.

An important preparatory work is the production of a so-called fall bed: the bridge should not fall vertically but land softly. Extensive earthworks and slope stabilization are necessary for this.

The bridge on the Sauerland line, which has been closed since the beginning of December, interrupts an important north-south connection throughout Germany.

1 Soccer. Incidents at Stade de France: The prefect... 2 Bond purchases are stopped: the ECB plans to raise... 3 Chaos at the Stade de France Remember Didier Lallement,... 4 Many injured in Oberhausen: tram collides with bus 5 Legislative 2022. Wild electoral posting is a persistent... 6 Bavaria: toddler locks himself in a car: freed with... 7 Baden-Württemberg: Adductor problems again: Sosa... 8 France has repatriated the body of Frederic Leclerc... 9 Thuringia: contrasts in the school law between red-red-green... 10 Bavaria: CSU Regensburg calls on Rieger to resign... 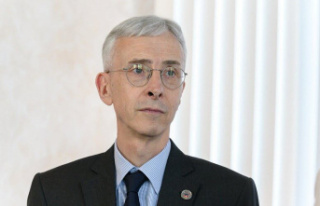