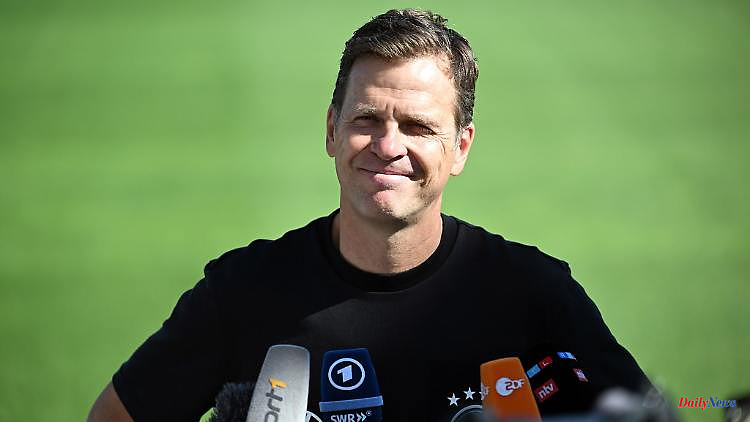 BVB have signed defenders Niklas Süle (FC Bayern) and Nico Schlotterbeck (SC Freiburg) as well as attacker Karim Adeyemi (Red Bull Salzburg), who are all fixed candidates for the World Cup in Qatar at the end of the year. In the training camp of the DFB selection in Spain this week, Borussia captain Marco Reus and Julian Brandt were also present.

Bierhoff also expects the new BVB head coach Edin Terzić (39), who will replace Marco Rose (45), to have a positive impact on the development of the Dortmund internationals. "Terzić is an absolute top coach, and I know that communication with Hansi (Flick) is also good. That's why we're looking forward to the time," Bierhoff remarked. He described it as "extremely positive" that the players from FC Bayern and BVB now have two blocks with the DFB team again.

1 Hesse: Bouffier's state parliament mandate could... 2 Hesse: Unknown saw up playground equipment and a tree 3 Saxony: Municipal financial equalization for 2023... 4 Exit should succeed by 2035: G7 plan to say goodbye... 5 Tensions rise: Blinken upset with keynote speech China 6 Saxony: 80-year-old cyclist dies after falling on... 7 Saxony: EUR 150,000 damage after an accident with... 8 Bayern: injured after a group brawl in a youth soccer... 9 Bavaria: 16,000 people in Bavaria die as a result... 10 Accounts are discontinued: Mercedes-Benz-Bank: No... 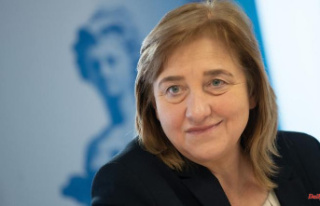