North Rhine-Westphalia: cold snap and snow at the weekend in NRW

Essen (dpa / lnw) - In North Rhine-Westphalia, people have to be prepared for a cold snap and sometimes snow. 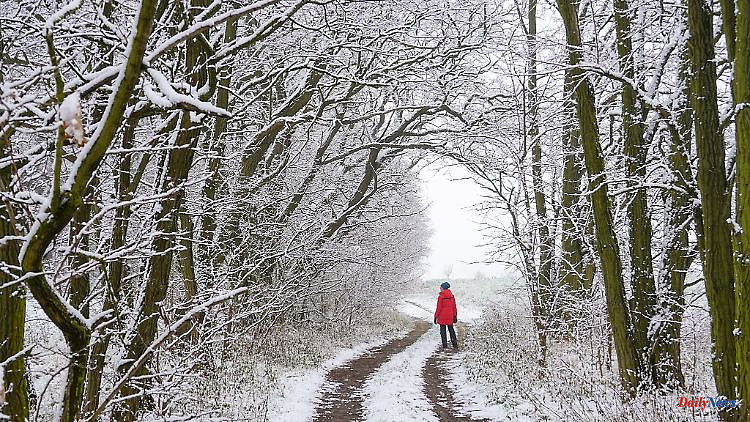 Essen (dpa / lnw) - In North Rhine-Westphalia, people have to be prepared for a cold snap and sometimes snow. In a line from the Lower Rhine to the Sauerland, it could snow a little on Saturday, said an employee of the German Weather Service (DWD). Where the snow remains, the roads can become slippery. In the Rhineland, the values ​​are between 3 and 5 degrees, otherwise between 1 and 4 degrees. There will also be a light to moderate wind.

According to the spokesman, the low point of the cold snap will be reached on Sunday night. The temperatures drop below 0 degrees; locally there could even be double-digit minus values, the spokesman explained. There is still a risk of ice in some areas. During the day it is supposed to rain at times in the southwest of the country, in the north and east there is snow again in the afternoon and evening with a risk of ice. According to the DWD, the maximum temperatures are between 5 and 7 degrees in the Rhineland and between 1 and 4 degrees in East Westphalia. In addition, an initially weak wind is blowing, which can become strong on Sunday afternoon and also increase to stormy gusts in the mountains.

From Monday it will be milder again in North Rhine-Westphalia, said the spokesman. The sky is cloudy to very cloudy, in the north of the country it is supposed to rain at first. The maximum temperatures are 6 to 9 degrees, at high altitudes 4 degrees. There is also a weak to moderate wind, which freshens up gusty on Monday evening according to DWD information.

1 Bavaria: Snow in parts of Bavaria 2 Bavaria: Pedestrians hit by a car and died 3 Hesse: Left nominate Mehler-Würzbach as mayor candidate 4 Gunshots and kidnappings: Violence against protesters... 5 Difficult realignment: JU boss Winkel calls on the... 6 Certificate Awards 2022: This is the investment strategy... 7 Antitrust authorities must become active: consumer... 8 Great lead after the first run: Dürr is experiencing... 9 The "crime scene" in the quick check: the... 10 Are they probably "taking a break": Love... 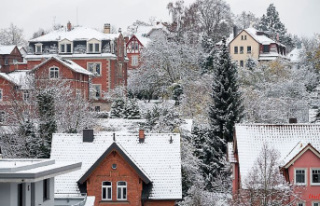 Bavaria: Snow in parts of Bavaria