With four points from two games, 1. Cologne (dpa / lnw) - 1. FC Köln can take a big step towards wintering in the Conference League on Thursday (9 p.m.). In the event of a win against Partizan Belgrade, the Bundesliga soccer club would already have a five-point lead over the Serbs after half of the six preliminary round games. The group winners even qualify directly for the round of 16, the runners-up play an intermediate knockout round against the eight relegated teams from the Europa League.

Cologne started with a 1-1 draw in Nice and then won 4-2 against FC Slovacko from the Czech Republic. Ex-national player Mark Uth is back in the squad. Born in Cologne, he is said to come as a substitute after a two-month injury break and would make his European Cup debut for the club from his hometown. 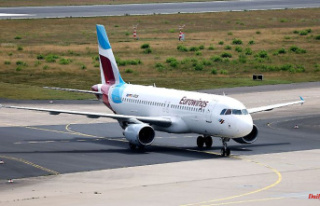 Baden-Württemberg: strike at Eurowings: dozens of...