North Rhine-Westphalia: drove the car in a group: the driver's license was not confiscated

Düsseldorf (dpa / lnw) - The driver's license of the 84-year-old SUV driver who drove into a crowd on Königsallee has not yet been secured. 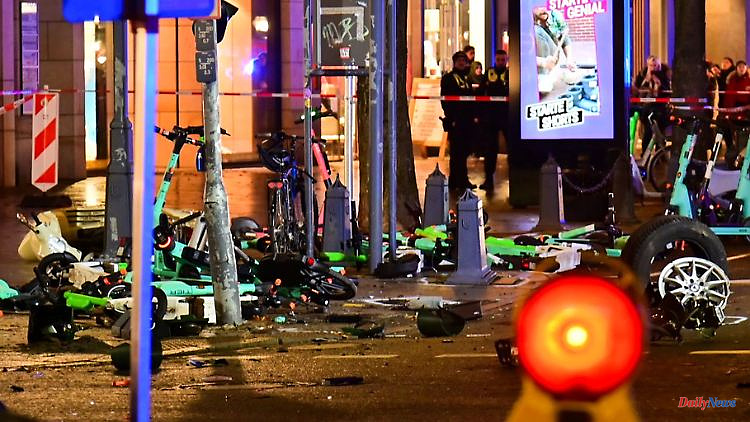 Düsseldorf (dpa / lnw) - The driver's license of the 84-year-old SUV driver who drove into a crowd on Königsallee has not yet been secured. A police spokesman announced this on Friday on request. If the suspicion against the senior is confirmed and there is no technical defect in his car, the police at the road traffic office will suggest a driving ability test for the 84-year-old. The man is being investigated for dangerous interference in road traffic and negligent bodily harm.

The control unit of his car with the vehicle data is read out. The 84-year-old had run through a red traffic light about 150 meters before the actual event and collided with a car coming from the right.

Nevertheless, according to witnesses, he continued to accelerate, damaging four parked cars and 30 e-scooters and e-bikes before driving into the crowd at the next intersection. During a first inspection, no technical defect was found on the car.

Four people were injured in the accident, two pedestrians were temporarily in mortal danger. The accident happened near the Christmas market. Investigations into the cause are ongoing.

Meanwhile, the scene of the accident is also under the authorities' attention. Next Saturday, the northern part of the "Kö", where the accident occurred, will be temporarily closed to car traffic. Parts of the Christmas market have been moved to the "Kö", and the authorities are not only expecting a particularly large number of pedestrians, but also additional disabilities from several demonstrations. "Anyone planning a relaxed shopping spree and not wanting to spend Saturday in a traffic jam should travel by bus or train," advised a police spokesman. 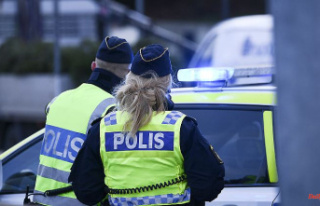