North Rhine-Westphalia: Health insurance: Highest sick leave since the beginning of the pandemic

With the abolition of corona restrictions and a wave of influenza, sick leave in NRW has increased again: employees had almost as many days off as before the pandemic. 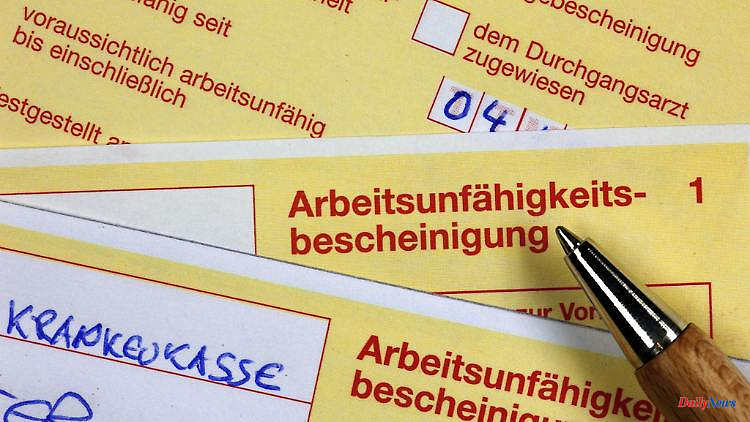 With the abolition of corona restrictions and a wave of influenza, sick leave in NRW has increased again: employees had almost as many days off as before the pandemic.

Düsseldorf (dpa / lnw) - In the first half of 2022, more employees in North Rhine-Westphalia called in sick than in the same period last year. The sick leave was 4.3 percent at the time - and was thus 0.6 percentage points higher than in the first half of 2021, as the health insurance company DAK-Gesundheit in Düsseldorf announced. Employees had almost as many absences as before the corona pandemic.

Almost every sixth day of absence from work was based on a respiratory disease. Even more common reasons for taking sick leave were musculoskeletal disorders and mental illness.

Corona was responsible for a number of sick leave: Corona caused 46 days of absence per 100 insured persons and thus almost six times as many as in the first half of 2021. The highly contagious Omicron variant caused a lot of lost work.

DAK-Gesundheit is the third largest health insurance company in Germany. For the survey, the sick notes of the first half of 2022 of their 430,000 insured persons in NRW were evaluated.

"Parallel to the gradual easing of the corona restrictions in March 2022, a pronounced cold and flu epidemic developed," commented Klaus Overdiek, head of the DAK in NRW.

However, the companies in NRW basically got off lightly. "In most federal states from January to June there were significantly more corona days off than here; in Mecklenburg-Western Pomerania, for example, about twice as many," said Overdiek. On a national average, there were 64 days of absence related to Corona in the first half of 2022 for every 100 insured persons.

1 Mecklenburg-Western Pomerania: wave of colds plus... 2 Hesse: DAK analysis: highest sick leave since the... 3 Hesse: Refugees help refugees: Council for people 4 Hesse: How Hessian municipalities want to save energy 5 "Number of cases at two-month low" - The... 6 Bavaria: Thunderstorms come after the heat, but no... 7 War in Ukraine: The Ukrainian city of Mykolaiv is... 8 Hungary's Prime Minister: Orban wettert: "Fewer... 9 Science: Mainz well on the way to becoming the leading... 10 In the footsteps of tequila, mezcal fears the bitter... 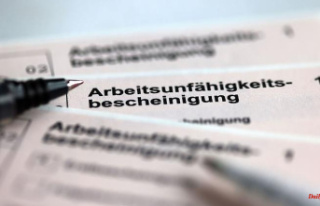 Mecklenburg-Western Pomerania: wave of colds plus...