Duisburg (dpa / lnw) - A storm front with heavy rain and gusts of wind moved over North Rhine-Westphalia on Thursday evening and left some traces. 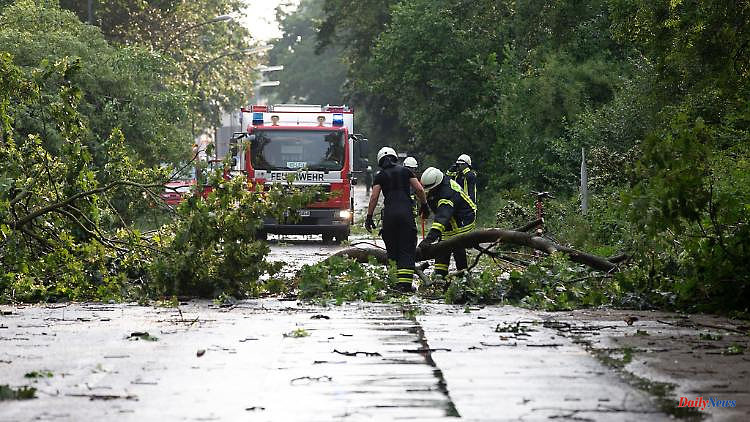 Duisburg (dpa / lnw) - A storm front with heavy rain and gusts of wind moved over North Rhine-Westphalia on Thursday evening and left some traces. In several cities, the fire brigades were in constant use - for example because of fallen trees, flooded basements and streets. Due to the consequences of the storm, Deutsche Bahn experienced failures and route closures. The German Weather Service had warned of the thunderstorm front with heavy rain.

In Duisburg, the phones in the Baerl district failed, reported the fire brigade, which had to process 500 emergency calls in a short time. In the case of operations without danger to people, it could take a while for the fire brigade to arrive, it said. By 10 p.m., more than 600 operations related to the storm had been reported to the city’s fire department. There are a number of fallen trees and flooding of streets and basements. On the Ruhr, the fire brigade rescued people who had capsized in a boat.

In neighboring Mülheim/Ruhr, an approximately 20 meter high oak tree was probably split by a lightning strike. Half of a tree fell on a two-storey house and damaged the roof. A car was buried by the tree. People were not harmed.

In Krefeld, the entire fire brigade was in constant use because of the storm, and this will probably still be the case on Friday, a spokesman said. He praised the people of Krefeld: Many citizens had started pulling smaller trees and branches off the streets on their own. Streets and many basements were also flooded in the city. Trees also fell on the train route between Krefeld and Meerbusch, which was temporarily blocked as a result.

There was also a tree on the railway line between Gronau and Enschede. The section was closed, trains were waiting at stations, as DB Regio tweeted. There are delays and partial cancellations. There were also failures due to the storm on the S-Bahn between Bergisch Gladbach and Düsseldorf Airport.

In Cologne, the fire brigade reported 32 missions via Twitter. Trees had fallen there too. In Bottrop, a heavy thunderstorm moved from the south across the entire city from around 7 p.m. – with heavy rain and violent gusts of wind. The fire brigade announced that they had been called to several operations because of fallen trees. In Oberhausen, three vehicles were damaged by fallen trees, according to the fire brigade. 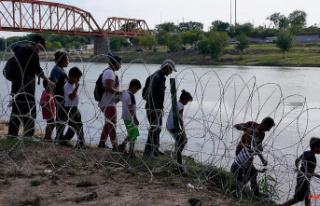