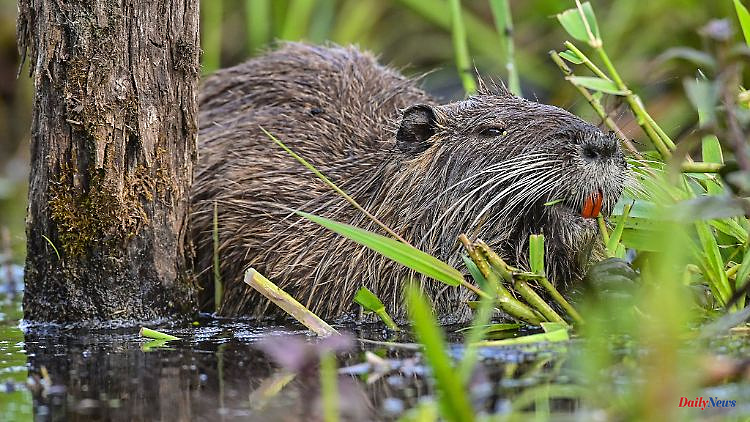 Nutria are cute rodents from South America. They are also spreading in Germany - and according to hunters, they are increasingly affecting native animal species. A survey shows that the rodents seem to feel particularly comfortable in NRW.

Dortmund / Berlin (dpa / lnw) - According to observations by hunters, the rodent nutria is spreading further in Germany - especially in North Rhine-Westphalia. This is the result of new figures from the German Hunting Association (DJV) on the species, also known as the pine rat, which were published on Monday. Two thirds of the hunting districts in NRW, for which figures are available for 2021, reported Nutria. In 2015 it was still a third of the districts.

According to its own statements, the DJV evaluated data from the wildlife information system of the federal states of Germany (WILD) together with scientists. Across Germany, almost 22,000 districts took part in 2021. This corresponds to about a third of the hunting district area in Germany. From 2015 to 2021, the proportion of hunting grounds reporting coypu occurrences increased from 20 to 44 percent. The survey has been carried out every two years since 2006.

According to a spokesman for the state hunting association, the fact that the animals are reported particularly frequently from areas in NRW could be related to the fact that there is a lot of suitable habitat here with the Rhine and large wet areas on the Lower Rhine. According to the DJV, the nutria, which originate from South America, spread out in reeds, a biotope in shallow water and in the bank area. The rodents eat the roots of the plants and thus damage the biotope. Other animal species also feel the presence of the invasive species - as non-native animals are called. An example: the fish bitterling is dependent on pond mussels in which it lays its eggs - but nutria like to eat pond mussels.

Because of the increasing numbers, the DJV called for a commitment from politicians to the so-called catch hunt for invasive species. The animals are caught alive. From April 1, 2020 to March 31, 2021, hunters in Germany caught 101,500 coypu. According to the information, that is 57 times more animals than 20 years ago. 44 percent were captured with the help of trap hunting. 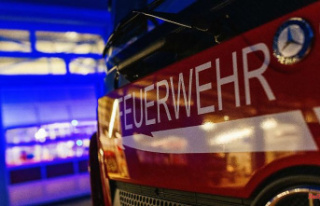