North Rhine-Westphalia: Kitaverband sees the duty of supervision at risk

The day-care centers in North Rhine-Westphalia are faced with staff shortages - and skilled workers repeatedly find themselves in borderline situations. 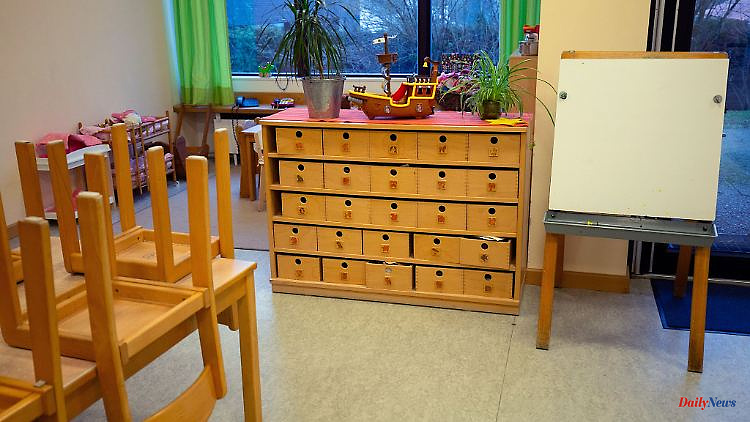 The day-care centers in North Rhine-Westphalia are faced with staff shortages - and skilled workers repeatedly find themselves in borderline situations. Experts warn that the duty of supervision suffers as a result.

Dusseldorf (dpa / lnw) - According to the association for daycare professionals in North Rhine-Westphalia, a permanent shortage of staff means that the duty of supervision can no longer be guaranteed. "The specialists are mentally and physically at their limit," said association leader Maren Kremer of the German Press Agency in Düsseldorf.

According to a recently published study by the Bertelsmann Foundation, there is a shortage of more than 100,000 daycare places and around 24,000 educators in NRW in the year that has just begun. "This is doubly unacceptable: parents are not supported in looking after their children, while children are denied their right to professional support in their early education," said Kathrin Bock-Famulla, an expert on early childhood education at the Bertelsmann Foundation.

According to the Bertelsmann study, 72 percent of daycare children in North Rhine-Westphalia have been cared for in groups whose staff ratio does not correspond to scientific recommendations. In the groups of children under the age of three, a full-time specialist is currently responsible for almost four children who are cared for all day. However, the Bertelsmann Foundation recommends one-to-three mentoring. For the age group from three, the personnel ratio should not be worse than 1 to 7.5 from the Foundation's point of view.

"The numbers are alarming, but they don't surprise us," Kremer assessed the Bertelsmann study. Problems had already been identified in previous surveys, "but no solutions were sought." Often there are simply not enough staff to ensure the duty of care. "A colleague is alone in a group with 15-20 children, the same in the group next door. Then one child has to be changed...", Kremer gave as an example.

The spokesman for the German Kita Association (DKV) NRW, Marcus Bracht, also warned of the long-term consequences of the "permanent shortage of staff". This means that skilled workers can no longer meet the care requirements and leave the industry.

According to the city, "despite all efforts, more than 100 positions are still vacant" in the state capital of Düsseldorf. Since there is a lack of staff, it is often difficult to open new groups. "A total of 900 more childcare places could be offered in Düsseldorf if there were adequate staff," said a spokesman.

According to a spokeswoman, the lack of staff is also noticeable in Cologne. A total of 1503 childcare places would be missing. Daycare closures, group closures and reduced care times are the consequences of the lack of staff.

In Dortmund there were also "restrictions on care, for example due to a reduction in the care time", as a spokeswoman for the city announced. According to a past survey by the city, the supply rate for up to three-year-olds in the largest city in the Ruhr area is around 38 percent. According to a spokeswoman, the State Parents' Advisory Council for day-care centers (LEB) in North Rhine-Westphalia is contacted almost every day about childcare bottlenecks and facility closures.

The associations are now demanding more relief from politicians. "New and innovative concepts in staffing with more responsibility for providers and daycare centers are urgently needed," said Bracht. For the bridging period, for example, career changers are a solution. "Of course, non-skilled workers must be trained and supported and they cannot be equated with skilled workers - but they are available at short notice to prevent the daycare system from collapsing." The LEB also sees the lateral entry as a significant simplification for the system.

In a letter published by the Ministry of Family Affairs at the end of December, Minister Josefine Paul (Greens) took a position on the precarious situation. In order to counteract the shortage of skilled workers, the first steps of a skilled workers offensive have already been taken, for example with a new coordination center for the expansion of skilled workers in day-care centers. The minister did not become more specific - a large bundle of measures is necessary in order to attract skilled workers in the long term. For the DKV, however, the minister's statements offer "hardly any confidence for the future". 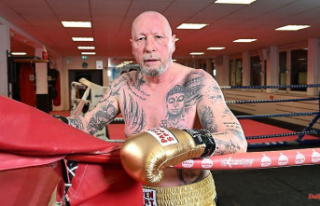