An exhibition in Bochum is dedicated to the topics of environmental policy and recultivation in mining regions in the GDR and the FRG. 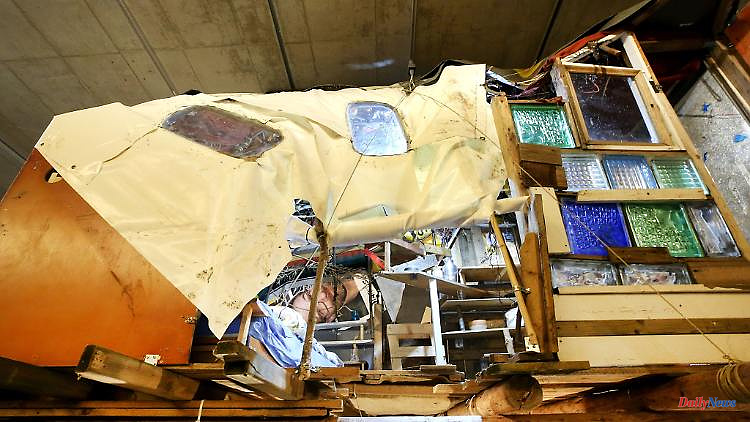 An exhibition in Bochum is dedicated to the topics of environmental policy and recultivation in mining regions in the GDR and the FRG. Above all, it is about the mining of mineral resources in the Ruhr area, in Lusatia and in the Ore Mountains.

Bochum (dpa / lnw) - Tree house, spear and Joschka Fischer's leather jacket: The German Mining Museum in Bochum takes a look at the consequences of mining and opencast mining in the two German states in an exhibition. The show is entitled "Grass over it...mining and the environment in a German-German comparison" and opens on Saturday. Around 800 objects are intended to illustrate the process of recultivation in the mining regions of the Ruhr, Lusatia and the Ore Mountains. Many of these objects are being shown in a museum for the first time, the museum reported on Wednesday. The exhibition ends on January 15, 2023.

The organizers of the exhibition were concerned not only with looking at where "grass had grown over it," said mining historian Michael Farrenkopf. The scientists also wanted to look "under the turf". In addition to photos of heaps, filled opencast mines and renatured landscapes, the painting "We only borrowed the earth from our children" by the GDR artist Willi Sitte can also be seen.

It symbolizes everything that can be seen in the exhibition, said the historian: "Armaments industry, devastation, death, but also books and science." A dried up tree illustrates the water problem caused by mining in many places. Air pollution is also an issue: the spherical tower of the Cottbus Castle shown in the exhibition was exposed to dust and pollutants for around 50 years and is now severely damaged.

An original tree house from the Hambach Forest in the Rhenish lignite mining area is also on display. Ten weeks ago, this was still hanging at a height of 17 meters, said Farrenkopf. Together with activists who are demonstrating in the Hambach Forest against opencast mining in the region, the tree house was dismantled and rebuilt in Bochum. Opposite is an oversized lignite briquette, which stands for the preservation of the opencast mine in Lusatia.

Mining not only brought raw materials to light. Without him, the discovery of the Schöninger spears would not have been possible, Farrenkopf continued. At around 300,000 years old, spears are among the oldest hunting weapons in the world. A replica is shown in the exhibition.

The show also focuses on the activities of the environmental movements in both German states. Music on the subject of environmental protection can be played at one station - for example by Katja Ebstein or the Puhdys. A leather jacket belonging to former Foreign Minister Joschka Fischer is also on display. It is reminiscent of his political activity for the Greens in the 1980s. 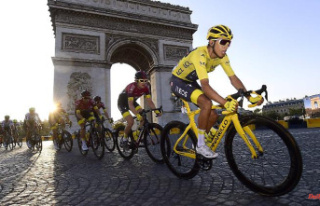