North Rhine-Westphalia: NRW state parliament concerned about democracy: "Hate is not an opinion" 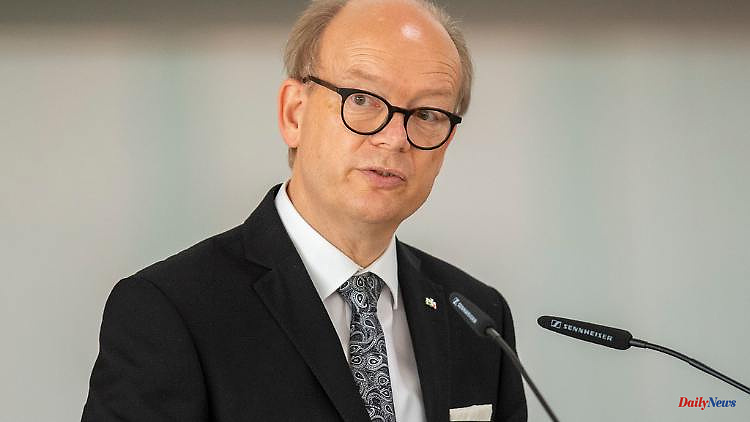 Corona, Ukraine war, climate change, inflation - the first session of the newly elected NRW state parliament is characterized by crises. Experienced parliamentarians shake up the newly elected to fight even more energetically for the lost trust of citizens.

Düsseldorf (dpa/lnw) - The North Rhine-Westphalian state parliament was constituted on Wednesday with deep concern for democracy and the trust of citizens in parliamentary politics. Both the re-elected President André Kuper and North Rhine-Westphalia Minister of the Interior Herbert Reul (both CDU), who opened the meeting as senior president, urged the 195 MPs to defend democracy even more actively.

After the corona pandemic, crises and war, many people were unsettled and had lost trust in the state, Reul noted. This is also reflected in the low turnout. Participation in the NRW state election two and a half weeks ago fell to a historically low level of just 55.5 percent.

At the same time, Corona protesters, conspiracy theorists, Pegida activists or lateral thinkers would gain inflow and - sometimes with anti-democratic and anti-Semitic statements - encouragement "on the Internet and in reality," warned Reul. Everyone has the right to express their opinion, to gather and to demonstrate. "But hate is no longer an opinion."

But people can only be won through action, he summarized from a total of 32 years of parliamentary activity in the state and EU parliaments. "Speeches are useless for the gallery."

The core task of politics is to prove their problem-solving skills. "Not power, position, self-portrayal," emphasized Reul. "Too many citizens are strangers to parliamentary politics." But you have to reach out to these people. "We have to get better at that."

Kuper called for a respectful culture of discussion. In the past legislature, the state parliament had to issue more reprimands and calls for order than ever before in an election period."

The 61-year-old Rietberger, who has held the highest office in the country since 2017, was re-elected in a secret ballot with a large majority: 178 MPs voted yes, 14 no, three abstained. As in the previous electoral term, the AfD failed again with a candidacy for a vice-presidential post.

Prime Minister Hendrik Wüst (CDU), who - like all cabinet members who initially remained in office on an interim basis - sat in the rows of MPs instead of the government benches at the constitutive meeting, praised Kuper in a statement: "Over the past five earned the greatest respect over the years - with his calm and balanced way of chairing meetings and the goal of giving enough space to the culture of debate in the center of North Rhine-Westphalian democracy."

The CDU once again became the strongest parliamentary group in the state elections and grew by 4 to 76 MPs. In contrast, the SPD faction shrinks by 13 to 56 deputies. With 39 MPs, the Greens have 25 more than before. FDP (previously: 16) and AfD (previously: 13) only have 12 seats each. 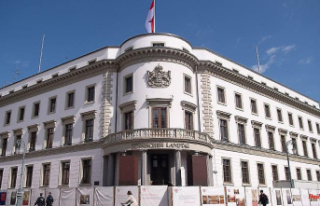 Hesse: State parliament clears the way for an immediate...