Long waiting times and abandoned suitcases: The problems at airports in North Rhine-Westphalia are not decreasing. 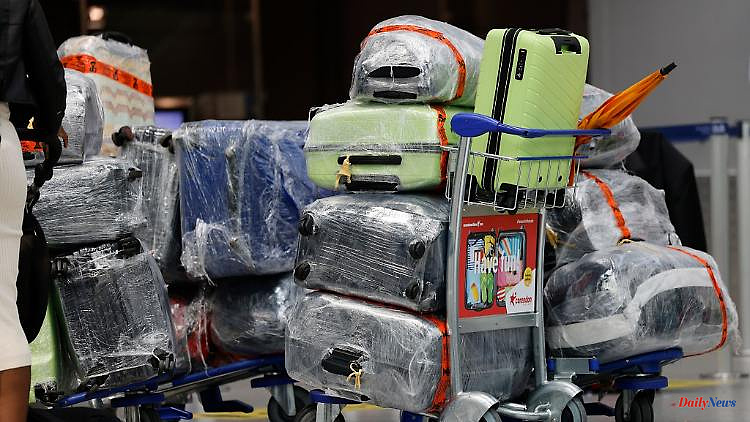 Long waiting times and abandoned suitcases: The problems at airports in North Rhine-Westphalia are not decreasing. Temporary workers from abroad could be hired from July to deal with the chaos. Düsseldorf Airport welcomes the proposal.

The background: On Friday and Saturday there were malfunctions in the computer technology of the baggage handling system. The already tense situation at Düsseldorf Airport - on Friday was the start of summer vacation in North Rhine-Westphalia - became even more difficult. According to the airport, more than 1,000 pieces of luggage were initially left behind. As the "NRZ" reported, on Saturday evening hundreds of arriving passengers first had to drive home without their luggage - the suitcases were left next to the luggage belts in the now empty hall at night.

The airlines and their service providers are actually responsible for the luggage. However, a team of "qualified employees" from the airport itself and the fire brigade helped with the unloading on Saturday evening. The readiness of the fire brigade was "of course guaranteed at all times," said the airport spokeswoman.

The Verdi expert Özay Tarim called the fire brigade action to the dpa "another low point". The airport suffered massive damage to its image. His union had long warned of a debacle at the start of the holiday season.

To deal with the chaos in air traffic, German airports and their ground service providers want to employ thousands of foreign workers directly. The workers should come from Turkey and some Balkan countries for a limited period of up to three months, said the general manager of the airport association ADV, Ralph Beisel, on Monday of the German Press Agency.

The federal government had signaled its approval of the industry plan at the weekend. However, a final decision in coordination with the Ministries of Labour, the Interior and Transport is still pending.

In view of the scarce human resources, Düsseldorf Airport welcomes the proposal from the industry associations, said an airport spokeswoman on Monday. Around 178,000 passengers are expected at the airport for the coming second holiday weekend. 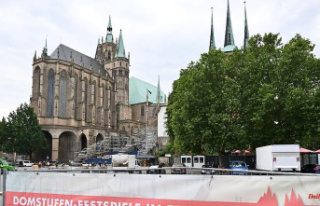