North Rhine-Westphalia: With a flag in hand: Ukrainian ESC winner sings in Essen

Essen (dpa/lnw) - The Ukrainian ESC winner from 2004, Ruslana, performed at a benefit event for her home country in Essen on Tuesday. 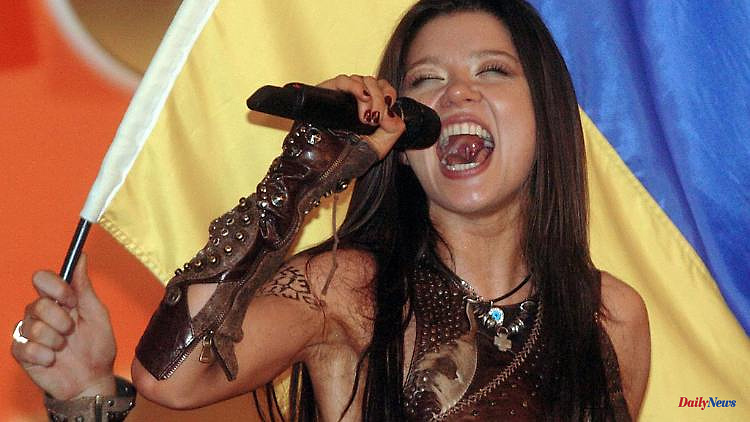 Essen (dpa/lnw) - The Ukrainian ESC winner from 2004, Ruslana, performed at a benefit event for her home country in Essen on Tuesday. The 49-year-old sang in front of about 400 spectators on Kennedyplatz in the city center, accompanied by four dancers. She wore a dark leather suit - very similar to her performance at the 2004 Eurovision Song Contest - and held a Ukrainian flag in her left hand.

Among the visitors there were obviously many Ukrainian women with their children and far fewer men. Ruslana greeted them in Ukrainian. The Ukrainian Consul General Iryna Schum previously said to the people of Essen: "Thank you for opening your homes and your hearts."

By Tuesday, 6,041 refugees from Ukraine had been officially registered in Essen. 3963 of them stayed with friends, relatives or citizens of Essen, 984 are in municipal institutions, 848 in state institutions. In addition, 190 people were accommodated in hotels, as the city announced.

Essen's Lord Mayor Thomas Kufen (CDU) - at the same time Chairman of the NRW City Council - praised the great willingness of the citizens to take in refugees from the Ukraine. Ukraine must win the war. "Dictators' appetites grow with the food. You have to put a stop to that," said Kufen. 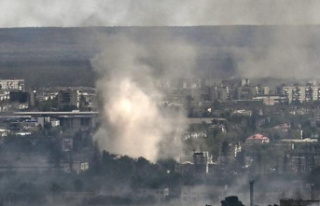 "Around 800 civilians" shelter in Severodonetsk...